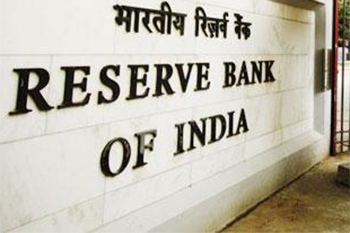 A bit of action and a bit of hope

The credit policy presented on June 06, 2019, the second monetary policy of the financial year, was announced in the midst of a unique set of macroeconomic parameters. Know more

The credit policy presented on June 06, 2019, the second monetary policy of the financial year, was announced in the midst of a unique set of macroeconomic parameters. Fourth quarter growth had fallen to 5.8% and the full year growth in GDP for the fiscal year 2018-19 had come in at just 6.8%. In addition, the NSSO figures indicated that unemployment had touched a four decade high of 6.1%. At the same time, the global macro situation was also in a state of flux with the trade war showing no signs of relenting and the Middle East close to a geopolitical crisis. It is in this background that the second monetary policy for the fiscal was announced.

The Monetary Policy Committee (MPC) reduced the repo rate under the LAF by 25bps from 6% to 5.75%.

Rate cut plus accommodation is the message

The broad message seems to be one of rate cuts plus an accommodative stance. This leaves the room open for more rate cuts in the coming months if warranted by the macro data. The MPC has clearly highlighted the weak growth as one of the key reasons for the 25bps rate cut. Apart from the fall in GDP, the Gross Capital Formation has also fallen nearly 3.6% and the growth pressures are visible across the emerging markets. Pressure is also visible on the core sector growth and the IIP has shown clear pressure on the agricultural and the manufacturing front. That raises the question why only 25bps rate cut?

The rate cut must be read in conjunction with the shift in the rate stance. The RBI wants to be clear on the rate transmission to the borrowers which had not happened in the first two rate cuts. Secondly, the monsoon forecasts have been weak to moderate and any shortfall in monsoon could have an impact on output and prices. The RBI wanted to be sure that the weak monsoons did not translate into higher inflation, especially when combined with the higher MSP.  The shift in stance, therefore, gives the MPC and the RBI more time and elbow room to take further action based on the future data flows. Interestingly, there was total unanimity in the MPC this time with all the 6 members of the MPC voting unanimously for cutting the rate by 25bps and for shifting the stance of the policy to Accommodative.

Going beyond the rates and liquidity issues

In the last few policy statements, the MPC has gone beyond just the rates and liquidity and also given a larger regulatory and supervisory trajectory. This policy has been no different. Here are some of the key highlights.