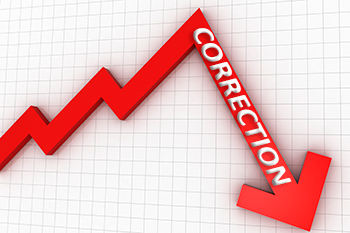 The ongoing correction in the market has been a result of both global and domestic headwinds. While oil prices and the rupee go in unfavorable directions, we have our own concerns of liquidity tightening that has sparked the above-10% fall in the stock markets.

As the market reels under the souring sentiment of investors, we look into factors causing the frenzy and whether the apprehension is justified.

Concerns regarding crude oil and the ailing rupee

There is the obvious interconnectedness between oil prices and the performance of certain sectors. Further, the falling rupee and rising oil prices are expected to play spoilsport with respect to the twin deficits.

The crude oil nightmare is far from ending for India, with Iran sanctions approaching. Experts believe that Brent crude may see $100 levels. Anything above $80 is damaging to India, especially for firms that are hedged unfavorably. Higher prices also inflate input costs for firms, denting margins.

Crude oil prices over the years

Although Raghuram Rajan, the then RBI governor, helped revive sentiment during the 2013 Taper Tantrum, coming back to the present, the rupee appears to be better placed. Comparing it with the situation in 2013 does not call for any radical measures by the RBI.

An end to the sabre-rattling between the US and China and other countries is nowhere in sight, as the US slaps tariffs and sanctions on countries, rocking the stability of world markets. 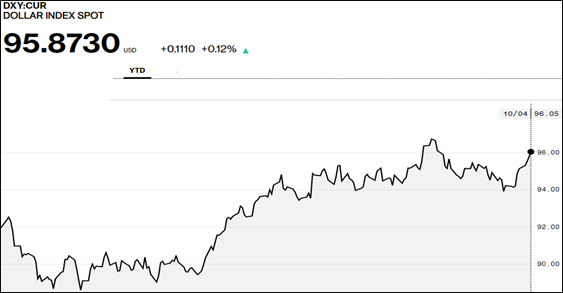 The Fed also raised rates and more hikes are to come. As the greenback gets stronger, FIIs are expected to further pull out funds from risky and emerging markets and flock to the US as a safe haven. And there’s not much that India can do about it.

Markets are also likely to remain sensitive to Trump’s actions aligned with his “America First” agenda, which will keep everyone else on toes.

RBI’s recent policy seems to have orphaned the rupee and did not please investors, who expected the bank do a lot more regarding the issues that are souring sentiment. However, it must be noted that the RBI has been selling dollars in the forex market to lend support to the rupee. In fact, it intervened to the extent of ~$26 billion in the spot and forward markets from April to July this year, resulting in forex reserves dipping to the $400bn level.

Comparing the 2013 situation with now, however, the central bank does not believe that any extreme measures are required to stem the rupee fall allowing market forces to take over.

RBI’s decision may be based on ensuring enough liquidity in the markets, however, the apex bank leaves many questions unanswered, specifically with respect to the recent liquidity crunch scare.

NBFCs were seeing huge growth momentum over the past few years. Enter IL&FS’ default and there was a skid-and-break on the sector’s growth run. Now, there are doubts regarding their asset-liability mismatch as these shadow bankers took the route of short-term paper for funds much needed to meet the growing demand.

As the central bank urges these companies to look for long-term avenues such as equity for funds, their growth and/or profitability is bound to get hurt in the near to mid-term. Although the RBI announced that it would look into introducing stricter norms regarding the functioning of NBFCs, more clarity is awaited on the subject.

It must be noted, however, that the asset quality of these NBFCs is fairly decent, although the regulatory framework around rating and borrowing needs to be enhanced.

The recent decline can be seen as a much-needed correction, reminding the rapidly growing NBFC sector that growth must be accompanied with discipline. The correction could also enhance domestic buying, which has been growing but has slowed recently. Yet, investors are expected to remain excessively cautious until oil prices stabilize. Further, the markets are super-sensitive to anything that Trump says and does.

Any further steps by the RBI and government to enhance the regulations around NBFCs, focus on India’s exports, and the recently announced capital infusion-related relaxations may go a long way in pacifying domestic concerns.