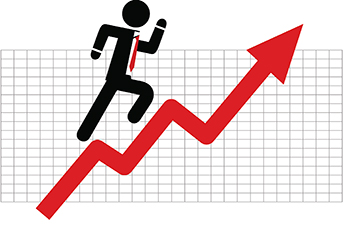 The story of the latest attempt at the 12,000 mark was the story of two stocks i.e. TCS and Reliance Industries.

For the fourth time during the year, Nifty scaled the 12,000 mark and for the fourth time it struggled to sustain above that level. But, the very fact that it has managed to make multiple attempts at the 12,000 mark is a good sign. Also, the Sensex has decisively moved above the 40,000 mark and looks to settle above the level for good. It should be a matter of time before the Nifty also breaches the level convincingly. But, what exactly drove the Nifty back to its peak?

Story centred on Reliance and TCS
The story of the latest attempt at the 12,000 mark was the story of two stocks i.e. TCS and Reliance Industries. In the previous week, TCS alone accounted for market cap accretion to the tune of Rs193,000cr. That is a huge gain, even considering the hefty market cap that the stock is quoting at. If the previous week clearly belonged to TCS, the current week belonged to Reliance Industries. The stock managed to scale the Rs9.50 trillion market cap level and it is a matter of time before the Rs10 trillion is breached. That should surely help the Nifty breach the 12,000 mark decisively.

While refining and petchem have been the big RIL stories for a long time, it is now about telecom in general and Reliance Jio in particular. The Supreme Court order imposing Rs92,000cr AGR charges on Vodafone Idea and Bharti, has come as a boost for Reliance. Reliance Jio has already increased tariffs by 14% and again proposes to join Bharti and Vodafone in hiking tariffs in December. That should help Reliance Jio to improve its ARPUs and directly give a boost to its bottom line. Ironically, Bharti and Vodafone have also rallied on hopes of a telecom rescue package, but that is more in the realm of speculation. The reason the Nifty can be confident of breaching 12,000 is that with other heavyweights providing stability, RIL and TCS are giving the much needed ammunition.

The big tax shift in second quarter
The second quarter ending September may have disappointed on the revenue front but there has been a big leg-up on the tax front. A total of 27 out of the 50 Nifty companies have already shifted to the lower 22% tax bracket. That would mean a chunk of the Rs145,000cr tax benefits will be realized in this year itself. That is estimated to give a 10-15% boost to the net profits for the full year, making the forward P/E ratio look a lot more reasonable.

Weak growth means the door is open for dovishness
The worry was that higher retail inflation (4.62% in October 2019) would dissuade the RBI from further rate cuts. But the MPC is already committed to kick-starting growth. With the core sector growth and the IIP deeply in negative territory, the MPC surely has a case for keeping rates dovish. The GDP for September quarter will be known on November 30, but the best case estimate is around 4.2%. If the full year growth has to be anywhere close to 5.5%, the economy will need an easy money boost from the RBI. In the current situation, the RBI is unlikely to disappoint.

Finally, global trends are favorable
The big trigger for the Nifty could be the day the trade deal between China and the US is sealed. That is more a matter of when rather than whether. China is struggling with slow growth and Trump needs a macho story for the 2020 election campaign. The consensus in Britain is already that Johnson would get re-elected and ensure a smooth BREXIT. The interest in India is visible in the FPIs infusing close to Rs19,000cr in the first half of November. We perhaps need to wait for the trade deal to be signed off for the Nifty to decisively breach 12,000. Hopefully, that day is not far off!