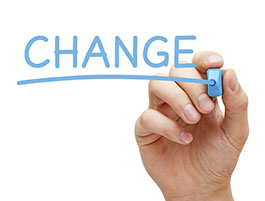 Relentless law of nature can bring down the fall of capitalism as well, as it happened with socialism. History is of credence that no economic system is perfect. If time plays its own course, capitalism can fade and so can the might of America.

One, who understands history, also comprehends the fact that every wall ever built eventually collapses. The era of colonialism had an end, wherein the monolithic British Empire ruled the most parts of the world map. Any tectonic change always coexists with some instrumental cause. In this respect, the impact of the World War II led to the collapse of the British imperialism. Although in the true sense, the power equation constantly changes hands; the time element compels it to do so. The end of British era gave birth to the capitalist imperialism (in subtle sense); with the entire world endeavouring to live an American dream. Emergence of capitalism re-defined the world economics. Countries with a socialist regime were termed as poor or ‘under-developed’, while capitalist school of thought was inherited by the rich or the ‘developed’ nations. Economies with a blend of socialism and capitalism were termed as ‘developing’ nations. Past few decades have proved a point that economies which adopted capitalism were better off than the socialist counterparts. An aspiration for a higher standard of living (including better per capita income, higher GDP growth, better healthcare and education) persuaded a transition in various economies from socialism to capitalism. The pursuit of a Utopian world augmented the might of a nation like United States. During the modern era, the world’s largest economy has dominated the world stage encompassing economics and geopolitics. World War II may have enacted as the detrimental factor in emasculating the British Empire, however, the catastrophic event led to the emergence of new powers “United States and USSR”. The next few decades have been an era of bipolar world, wherein the two superpowers were embroiled in a ‘cold war.’ However, America prevailed following the collapse of Soviet Union of Russia during 1990s. USSR had to pay a big price for its occupation with a nine year war against the insurgent groups in Afghanistan. This war turned out to be devastating for the Soviet economy, with the nation losing billions of dollars. People lost faith in the regime and the rest is history.

America has maintained its hegemony across various geographies during the past two decades. The Big brother has ensured its presence, where it matters the most.  It has meddled into the affairs of nations in Middle East, Southeast Asia and various other geographies simply in order to derive economic interests from the evolving geopolitical dynamics. In the process, America has created a list of both friends and foes.

During the past few years, the situation seems to be changing. There are forces to reckon with which are defying the American hegemony. China (an economic giant), Russia (an oil oligarch) and an ostracised nation like North Korea do not pay too much heed to the Washington diktat. Although Russia weakened after the dissolution of Soviet Union, no love has been lost between Russian Federation and United States. The cold war between the nations still exists. During the past decade, Russian economy has been able to resuscitate, thanks to boom in the energy exports and a radical transformation from a centrally planned economy to a globally integrated market economy. A stronger Russia under the leadership of Vladimir Putin has exhibited colonial aspirations during the past few years. Russian attack on Georgia in 2008, annexation of Crimea in 2014 and promotion of secessionism in the eastern part of Ukraine clearly manifests the intent of the Russians. Russia has been pursuing its objectives, notwithstanding the censure and economic sanctions by United States. In fact, sharp fall in oil prices during the past six months has not at all dented Putin’s stubbornness. It is suspected that US and Saudi Arabia jointly engineered slump in energy prices in order to economically destruct Russia and in the process thwart the pro-Russian independence movement in the Donetsk and Luhansk regions of Ukraine. However, the conspiracy (deemed) has not yet paid dividends, with Putin addressing the nation to remain resolute with its objectives. In fact, Putin seems to have convinced Russians that the economic slowdown (due to lower oil prices and economic sanctions) is transient in nature and the country will be able to regain lost ground after few years. The story seems to be getting interesting. Western nations may have imposed several sanctions on Moscow; however, economic co-operation between China and Russia seems to be augmenting. Recent developments including the plan to build an oil pipeline between the two nations, a rail line between Beijing and Moscow and the currency swap agreement indicates that there is something more than what meets the eye.

Recent series of events in Europe is also indicative of things to come in the near future. Rising paranoia and Islamophobia conveys signs of intolerance in the region which is considered to be the most peaceful continent after the World War. Charlie Hebdo incident in Paris and ongoing “PEGIDA” movement in Germany are sowing the seeds of polarisation. The protest for anti-islamisation is gaining traction in countries like Germany and France, where the Muslims contribute 5-7% to the total population. This can disturb the harmony in the region, which in the process can further foster extremism. Islamist rebels across the globe may hit back in revenge, simply exacerbating the scenario. A war-like situation between the theocratic and secular nations can lead to a catastrophe in the coming years, which can completely change the global power equation. Europe being a natural ally of United States implies that Washington will partner the combat against the extremist forces. Consequently, US will earn the wrath of its ever growing list of enemies.

Perpetual animosity between arch rivals India-Pakistan and Israel-Palestine can trigger an intense conflict between a group of military powers, wherein it can be reminiscent of the world war between allied and axis forces. Although nuclear capability can be a deterrent for a confrontation between nations like India and Pakistan, a probability of warfare does not sound preposterous considering the degree of mistrust between the two nations.

On economic front as well, the evolution of economic system calls for a change. Although capitalism may have made the world wealthier, the gap between rich and poor is widening more than ever. The problem with GDP reading is that it does not reveal the whole picture.  It can tell you about the standard of living; however it fails to tell you about the distribution of income and changing patterns of inequality. Rising average standard of living can prevail even if rich get richer and poor get poorer. The point we are trying to drive home is that that capitalism is not a quintessential economic system and has various shortcomings (including crony capitalism). Relentless law of nature can bring down the fall of capitalism as well, as it happened with socialism. History is of credence that no economic system is perfect. If time plays its own course, capitalism can fade and so can the might of America.

In the modern era, people scoff at the business of crystal gazing or clairvoyance. However, the laws of nature always remain the same regardless of the time cycle we dwell in.  The law book of nature adumbrates that the only thing which is constant in the entire cosmos is change. A flux across all the spheres of life is inevitable. Imperatively, change in the world hegemony in the foreseeable future cannot be disputed. A change does not imply an end, as the world never ceases to exist. The most powerful entity will always assume authority. This naturally gives birth to the question “who will eventually prevail?” Conjectures can be wild; however common sense implies that the power baton probably has to depart from North America towards Asia, considering the fact that the region is blessed with rich demographics and strong economic equation.