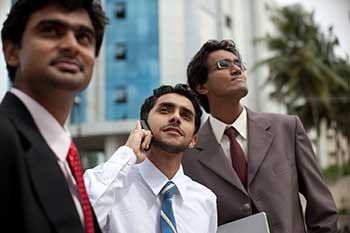 With six rounds of voting completed and just one more to go, the big question is what will be the likely outcome of the Lok Sabha Election 2019. Will the people vote for a continuation of the current government or vote for change? We may get the first indications only when the exit polls are announced after the final round of polling on May 19. Like in 2014, the young Indian voter had an important say in the choice of government and a lot of first time voters had decisively voted in favour of the NDA government, something that had worked in their favour. But what exactly does the young Indian voter really want from the new government this time around?

Waiting for a clean government

The promise of a clean government was something that had actually worked as a magnet for the NDA in the 2014 elections. There was a sense of disenchantment with the series of scams that had surfaced during the UPA regime. Has the current government delivered a clean administration? To a large extent, one must admit that there have been no egregious cases of corruption. Of course, there are the allegations surrounding Rafael and the purported beneficiaries of demonetization, but that is more in the nature of allegations and conjecture at this point of time. What young India really wants is a relatively clean government that is transparent and can keep deficits in check. Clean government is also about optics and hence young people need to see defaulters getting punished.

Create jobs and more jobs along the way

Your view on jobs would largely depend on which data you look at. While the Niti Aayog has painted a rosy situation of the jobs situation, the CMIE has pegged unemployment at a multi decadal high of 7.5%. The intuitive reaction is that the SME segment has taken the biggest hit on the jobs creation front due to a mix of demonetization and GST. Government recruitments have been virtually static for years and that is something that will need a push.

Scores of rural and semi-urban youth migrating to urban areas is not the answer to the issue of non-urban jobs. In most of the smaller towns and cities, it is small enterprises that actually create jobs. Ease of doing business has been a theme of the current government but that has not percolated down to the non-urban centres. When we talk of youth aspirations, the focus has to be on the aspirations of the non-urban youth too. That means better infrastructure (which is happening), encouraging entrepreneurship, reducing bureaucratic clutter, easier funding, etc.

Have a tax-friendly regime to attract the youth

Most young people do appreciate the need to pay taxes. But they have a problem when they don’t see the benefits of honest tax payment. Countries like Singapore and Hong Kong charge much lower rates of taxes but are able to invest heavily in social investments. People in Sweden and Denmark pay steep taxes but almost everything is taken care by the government. Hence, people don’t grudge paying high taxes. One of the objections that young India traditionally had is that the merits of paying higher taxes are not palpable to the tax payer. That is something the next government will have to focus. The youth is not only more conscious but also more vociferous.

Frankly, the youth of today will love a head of government who will say this and also mean it. Trump captured the imagination of young Americans with this slogan. Young India realizes that India stands in the cusp of sustained greatness. With annual GDP of $2.7 trillion, India is already the fifth largest economy in the world and the only large economy growing at 7.5%. What India needs is a robust economy supported by growth and jobs and a clean polity to back it up. That is what young India wants; the rest will follow. Surely, that is not too much to ask for!