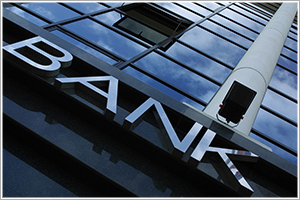 What the RBI said about soundness of Indian banks

Here is a quick take on the Indian banking sector.

Soundness of the banking system is judged on a variety of parameters. The RBI Financial Stability Report has evaluated the soundness of scheduled commercial banks in India on a number of parameters like credit growth, asset quality, deposit growth, capital adequacy, credit concentration and profitability.

Here is a quick take on the Indian banking sector.

Growth in deposits of banks in H1

For the half of FY22 ended Sep-21, the deposits growth for all scheduled commercial banks tapered to 9.7%. However, chunk of this growth in deposits came from the CASA (current and savings accounts) deposits. In fact, CASA deposits for banks as a whole grew by a robust 15.4% in the Sep-21 H1.

Growth in bank Credit in H1

Credit growth lagged the deposit growth during the H1-FY22. Overall credit growth at 6.7% for H1 was higher than the credit growth seen in the previous 3 half-years. Private banks saw credit growth of 10.8% and foreign banks at 16% on a much smaller base. However, PSB credit grew at a paltry 3.5% as lending leeway was still limited.

The composition of credit is clearly stashed in favour of retail credit. For scheduled commercial banks overall, industrial credit led the way with 30.3% but followed closely behind by personal credit at 29%. In short, personal credit in the form of home loans, car loans and personal loans have grown to nearly one-third of overall bank lending.

What about asset quality in the first half?

Asset quality as measured by gross NPAs remains a key metrics for banks. For the Sep-21 H1, gross NPAs were comfortable at 6.9% of loan book. This was at 8.2% in Mar-20 quarter and has turned much better since. PSBs have the highest gross NPAs at 8.8% of the loan book, even as private sector gross NPAs were elevated at 4.6%.

However, situation looks a lot more palatable if you look at net NPAs of the banking system which stands at 2.3% as of Sep-21. Even the net NPAs of PSBs are relatively benign at 3%. That is evident if we look at overall provision coverage ratio (PCR) of 68.1% with substantial provisioning done by private banks and PSBs. Incremental risk looks limited.

Where are the GNPAs concentrated. If you look at the personal loans category where gross NPAs are at 2.5%, the highest incidence of stress is visible in education loans at 7.2%. Other segments like home loans, personal loans and credit cards have gross NPAs of 2-3%.

What about sector-wise industrial NPAs. The maximum NPA share belongs to construction sector at 21.1%, gems & jewellery at 20.7%, engineering goods at 18.1%, mining at 14.3% and food processing at 14.1%. Textiles and infrastructure also had double-digit gross NPAs.

How capital adequacy has shaped up?

However, the PSBs have some concerns in their Tier-1 (core capital ratio) which is just about 5.5%. However, the Tier-1 capital base of private banks is must more robust at 10.2% and that has left the SCBs as a whole with 7.5% Tier-1 capital adequacy.

Finally, a word on bank profitability

One of the most popular banking metrics; net interest margins or NIMs improved marginally over last 2 years to 3.3%. While NIMs of private banks came down marginally to 4%, PSBs reported NIMs of 2.8%, which is still putting pressure on their profitability.

The moral of the story is that SCBs have emerged stronger post the pandemic on most of the parameters. However, the inherent risks in the consumer credit portfolio and the risk of rising bond yields in 2022 will be the factors to watch out for.