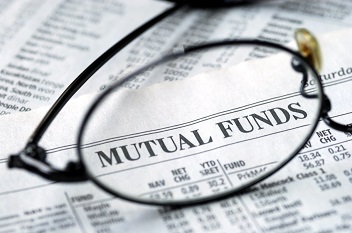 What top mutual funds bought and sold in December 2019?

Let us see what was bought and sold by top mutual funds in December 2019.

Indian mutual funds have emerged as strong veritable players in the Indian equity scene. One key metrics to track is the buy and sell action with respect to the top 3 mutual fund houses in terms of AUM. Here is a word of caution! A stock does not become good just because a large fund is buying just as a stock does not become bad because a large fund is selling. What the fund action does point towards are broad sectoral and strategic investment trends in the previous month.

What HDFC Mutual fund bought and sold in December 2019?
HDFC MF remains the largest Indian AMC in terms of assets under management (AUM). With $22 billion exposure to equities, HDFC MF is a formidable driver of domestic equity flows. Currently, 1/3rd of its equity allocation is exposed to the financial services sector.

During the month of December 2019, HDFC Mutual Fund took fresh positions in Somany Home Innovation as a consumer play to sync with revival in demand. It also added Prince Pipes to its portfolio, which closed its IPO during December. On the sell side, HDFC Mutual Fund exited its positions in Everest Industries, L&T Finance and Tata Elxsi. Considering that it had a small stake in these stocks, this appears to be more of portfolio rebalancing.

There were some interesting stake additions to the HDFC MF portfolio during the month. It added to its holdings in the power financing twins i.e. Power Grid and PFC. Interestingly, the fund also added nearly 12 million shares of Ambuja Cements during the month. It reduced its stake in blue chips like Reliance Industries, HDFC Bank and BPCL. This looks like a case of portfolio reallocation where the fund is booking profits on start performers and taking a bet on future winners.

How ICICI Prudential Mutual Fund tweaked its equity portfolio in December 2019?
In terms of overall AUM and equity AUM, Pru ICICI is just a tad below HDFC Mutual Fund. With $21 billion invested in equities and a 28% exposure to financials, it is another formidable name in Indian fund management.

During the month, Pru ICICI Mutual Fund added to its positions in Tata Power and it is interesting that large funds are seriously looking at plays in the power sector. It also added to its exposure to India Infrastructure Trust. Indian funds have developed a liking for listed INVITs and to a lesser extent REITs too. The fund also substantially reduced its positions in Vodafone Idea and Motherson Sumi. While Vodafone has been struggling to keep pace with Jio and Bharti; Motherson has been stressed due to the global auto slowdown. The fund also sold 21 million shares of SBI after the sharp rally in the stock.

What were the big deals in the SBI Mutual Fund portfolio?
SBI MF has emerged with the third highest AUM among mutual funds but in terms of equity fund AUM, SBI MF is the largest at $27 billion. SBI Mutual Fund made fresh entry into ABB Power, Adani Enterprises and Glaxo SmithKline. Glaxo again seems to be a bet on global pharma as opposed to domestic generic players while Adani Enterprises has done well in the last one year. The fund fully exited its positions in Union Bank as well as the Bharat 22 ETF during the month.

SBI MF increased positions in BHEL, Power Grid and Crompton Greaves Consumer. All the 3 large funds appear to be betting on power sector, either directly or indirectly. During the month, the fund also reduced its exposure to stocks like Exide, ICICI Pru Life and JSW Steel.

If we were to summarize, there seems to be growing interest among the 3 funds in the power sector and that may be something to watch out for. The larger focus still appears to one of value rotation.