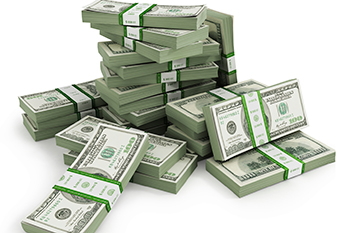 Raising funds through the GDR issue is one of the easiest way to raise funds from overseas investors. The GDRs or the underlying shares are not subject to lock-in, as is the case in a preferential allotment, and the GDR holders do not demand any special rights in the issuer company.

The economic boom from 2004 through 2011 saw many issues of equity and debt in capital markets, such as IPOs, preferential allotments, NCDs, GDRs and FCCBs. When Lehman Brothers hit in 2008, the capital markets in India began to slow down. While Indian companies still raise funds through IPOs and preferential allotments, the fund raise through GDRs and FCCBs dwindled.

Understanding the previous norms and framework of the DR Scheme 2014 and reasons why it didn’t take off successfully
The GDR standstill has another story to tell. Companies preferred to raise funds (overseas) by issue of GDRs, since these were direct equity and there was no question of redemption of the subscription amount. GDR was an attractive instrument till such time that the threshold limit under the Takeover Regulations was 15%. In 2006, the SEBI enhanced the threshold limit to 25%. Investors could now directly acquire 25% in the Indian company without the fear of triggering an open offer under the Takeover Regulations. Even then, investors were interested to subscribe to GDRs as against a preferential issue of shares.

In 2011 (and again in 2013), Pan Asia and its promoter, Arun Panchariya, were debarred from the capital market by SEBI for market manipulation through GDR issues. SEBI stated that certain companies that raised funds through GDRs were involved in dabba trading and or off-market transactions. Again, this eroded investor trust in Indian companies and thereafter, investors subscribing to GDRs were few and far between.

In 2014, the Ministry of Corporate Affairs ("MCA") issued the Depository Scheme, 2014 ("GDR Scheme") and the Companies (Issue of Global Depository Receipts) Rules, 2014 ("GDR Rules"). The GDR Scheme was more of less on the same lines as the 1993 GDR Scheme. However, the MCA sought RBI and SEBI approval to the GDR Scheme for it to be effective. The SEBI was, at that time, opposed to promoting GDRs and held back in issuing appropriate regulations. As such, no GDR issues could be floated till such time that SEBI issued the regulations. GDR issues came to naught.

It was SEBI’s concern that ADRs and GDRs are difficult to monitor and may be used for money laundering and market manipulation and these are policy and operational issues. SEBI also raised concerns in tracking the ultimate beneficiary, the potential for unsolicited takeovers and money laundering. Even though the MCA notified the GDR Scheme, it did not receive the regulatory and taxation push as SEBI saw it as a tool for money laundering and market manipulation. GDR market fell silent.

In the Union Budget of 2015, the Government referred to the GDR Scheme but stated that the tax benefits would only apply to cases valid under the old scheme, which implied that non-residents trading in certain GDRs could now be subject to the same taxes as those imposed on people trading in shares of unlisted companies, besides creating tax ambiguities when such GDRs are converted to shares.

While the GDR Scheme sets out the "eligibility criteria" and permits even an unlisted company to issue GDRs, the GDR Framework has expanded the "eligibility criteria", added additional provisions and mandated that only listed or to be (simultaneously) listed companies are eligible to issue GDRs. Both the GDR Scheme and the GDR Framework allow unsponsored issue of GDRs, wherein the shareholders offer their shares to a depositary and the depositary in turn issues GDRs to investors, not being the shareholders who sold their shares to the depositary.

The GDR Framework allows unsponsored GDRs based on similar conditions as those set out below. In an unsponsored GDR (also known as two way fungibility), subject to demand from overseas investor to acquire GDRs, the existing shareholders are called upon to sell (deposit) their shares with the Depositary, against which the Depositary issues GDRs to the (foreign) investors. If there is a demand from (foreign) investors for GDRs, then this route is an attractive exit route for the existing shareholders.

Understanding the new proposed norms
The GDR Framework mandates that an Indian company may issue GDRs only if it complies with the following conditions:

There are, however, a few anomalies between the provisions of the GDR Scheme and the GDR Framework, the crucial ones being:

Why companies in India should consider GDR / ADR
Raising funds through the GDR issue is one of the easiest way to raise funds from overseas investors. The GDRs or the underlying shares are not subject to lock-in, as is the case in a preferential allotment, and the GDR holders do not demand any special rights in the issuer company. In terms of exit, the GDR holders convert the GDRs into shares and sell them on the floor of the stock exchange, without any obligation on the issuer company to redeem the GDRs. It is a win-win situation for both, the investors and the issuer company.

Even though the MCA notified the GDR Scheme, the SEBI did not bless it for reasons stated above and the GDR route to raise funds came to a stand-still. In one of it’s move to revive the slowing economy, the Government (through SEBI) notified the GDR Framework and allowed GDR issues but subject to the strict conditions set out therein. In fact, in this slowing economy where companies are wary to avail loan for fear of default and being dragged into insolvency and bankruptcy proceedings, GDRs are the safest way to raise funds and use the proceeds for working capital and general corporate purpose.

The Government now needs to amend the Income Tax Act and not impose tax on conversion of the GDRs (appreciation) into shares and then again capital gains on sale of the shares. Companies may cheer the notification of the GDR Scheme and the GDR Framework but without amendment to the Income Tax Act, the GDR Scheme and the GDR Framework may not take off.