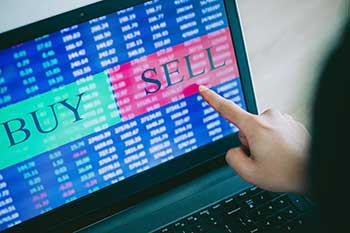 S&P BSE Sensex gained 1.7% in the month of November 2019. For far till the penultimate month of calendar 2019, BSE Sensex has appreciated 14.4%. Mid cap index also performed well with rise of 1.6%, while small cap index was relatively flat with gain of 0.1%. On a year to date basis, S&P BSE Midcap and Smallcap are still in negative territory with fall of 1.3% and 6.8% respectively.

Among sectors, telecom stood out with gain of 23.5% in the month. The telcos suffered initially with unfavorable court ruling upholding penalty on them. Later, the authorities supported minimum tariffs to compensate for industry’s financial pain. As a result, players announced substantial tariff hikes which enthused the equity markets.

Past Performance may or may not be sustained in future.

FIIs invested $3.2bn in Indian equities during November. So far in the 11 months of calendar 2019, they have brought in $13.4bn. Domestic institutions were net sellers during the month of November to the tune of $1.1bn. Of this, $0.3bn of selling came from MFs while insurers contributed to the balance. Indian rupee depreciated 1.1% to end at 71.7 level against US dollar.

India’s GDP data was announced for second quarter of fiscal 2019. Economic growth has slowed to 4.5% on back of sluggish private consumption, private capex and sluggish exports. Government also cleared way for disinvestment in 5 PSUs. Last time the disinvestment in India was done was in year 2001-02. If successful, it will ease the burden on fiscal.

Indian equity markets touched new highs during the month in line with some global peers. This appears counter-intuitive given a slowdown in economy and corporate profitability remaining subdued. However, only certain set of stocks have driven the Indian equity markets. In a polarized market, cheap stocks are getting cheaper and vice versa.

Over the long term, we remain optimistic on Indian equities. India is likely to grow faster than many nations. Economy is dependent on domestic consumption and thus insulated from any global problems over the long term. While economic growth faces pressure in near term, better monsoon and measures to ease liquidity are likely to stimulate growth. Events like global trade wars have very limited impact on India. Investors can expect decent return from equities over a long period in future. Investors should use this opportunity to allocate to equities. Even though markets appear at all-time high, this is driven only by selective stocks.