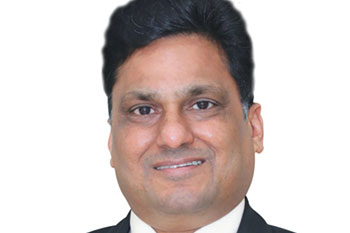 Amid the gloom surrounding the below-par performance of the Indian economy, the recently organised India-ASEAN Business Summit, comes as an opportunity to shape and strengthen India’s economic relations with Southeast Asia. Even before the India-ASEAN trade agreement of 2015, there has been a long history of trade and cultural relations between them. India-ASEAN trade has jumped significantly in the past few years. Just as Indian companies see significant opportunities in the region, the ASEAN business community also recognizes the tremendous business potential in India.

Despite the old cultural and trade history, the partnership really got going after India formulated the “Look East Policy” in 1995, which was later renamed as “Act East Policy” in 2015. This has provided the much-needed push and deepened the collaboration with our Eastern and Southeastern neighbours. There are several reasons why this relationship will be crucial to the economic development of India and its emergence as a progressive economy in the global context. Since the free trade agreement of 2015, the total trade between India and ASEAN countries expanded substantially from $45bn in 2008-09 to nearly $97bn in 2018-19. Further, ASEAN’s combined GDP of around $2.7 trillion makes it the third largest economy in Asia and the seventh largest in the world.

The timing of this business summit is propitious; due to the ongoing trade war between China and the United States and global economic slowdown, the entire international ecosystem is looking to resolve the looming crisis in the world economy. India too is looking at the entire Pacific region as a major focus for the economic growth of the country. For decades, India’s economic interests in the region were sidelined due to the dominance of China-born communities in many Southeast Asian countries, which made them engage more actively with China. This is now changing though the easy movement of goods, services and capital across borders remains a major concern.

The Indian-ASEAN relationship has evolved over time, with India becoming a Summit-level partner in 2002. India has engaged with ASEAN in both regional and sub-regional levels by signing economic cooperation agreements with different ASEAN countries, deepening our economic integration with the region. Countries like Singapore, Malaysia and Thailand have emerged as major export destinations for India. Since there are trade complementarities between India and Southeast Asian countries in areas such as agriculture, machinery and minerals, among others, trade relations have continued to expand.

However, there are certain challenges in the India-ASEAN relationship particularly in the areas of physical, institutional and people-to-people connectivity that remain. These have restricted India’s integration in the regional value chain.

Connecting to Southeast Asia
The key to strengthening economic relations between India and the Southeast Asian countries is establishing three kinds of connectivity – physical (infrastructure), institutional and, finally, people-to-people. Clearly, better transport connectivity is crucial to India-ASEAN relations. It would enable seamless movement of goods and services across borders. However, the transport infrastructure as of today includes poor quality roads, missing railway links, inadequate port facilities and lack of customs cooperation. Given their strategic locations, the Northeastern states of India and the southern states are now seeing major infrastructure projects undertaken by the Indian government to improve road and maritime connectivity. The Northeastern states are fundamental to efforts towards regional connectivity with ASEAN countries, especially Myanmar with which the northeast region shares a land border. The Kaladan Multimodal Transit Transport Project is one such major undertaking by India in Southeast Asia, which will connect Kolkata with Sittwe port in Myanmar. It will enable the transit system for goods and services between India and Myanmar and, later, extend to other Southeast Asian countries such as Laos, Cambodia and Vietnam.

It is equally vital to build effective institutional connectivity by harmonizing trade, investments, and financial policies by removing non-tariff barriers and restrictive institutional arrangements that hinder the movement of goods and services. Trade facilitation measures to reduce the volume of documentation required are necessary to improve economic exchanges between India and the ASEAN nations.

Northeast is gateway to ASEAN

Finally, India has a long history of people-to-people connectivity with Southeast Asian countries, especially Singapore, Malaysia and Indonesia, which have large populations of the Indian diaspora. Indians comprise nine per cent of Singapore’s population and seven per cent of Malaysia’s. This provides India a comparative advantage over other countries. The Indian Northeast can be the new engine for India’s economic growth. Being famous for its human capital and hospitality, the Northeast region has the uniqueness of being the only region having overland links with the ASEAN nations. Besides, it also enjoys close historical and cultural linkages which will help in strengthening ties with Southeast Asia. India should not only look at the North East as merely a 'Gateway' to the ASEAN in our Act East scheme of things. Instead it should start treating the region as the ‘Hub’ or ‘Pivot’ of India’s Act East policy. The Northeast needs to be made an active participant, and not merely be a point of transit or passage.

The upcoming India-ASEAN Business Summit aims to open up opportunities for deepening trade and commerce and pave the way for investments in India and ASEAN countries. For perhaps the first time, the summit has identified sector-specific opportunities and brought in the role of the Indian states as drivers of growth and partnership with ASEAN countries. It will provide a useful occasion to improve trade and investment and strengthen the Indian-ASEAN partnership.