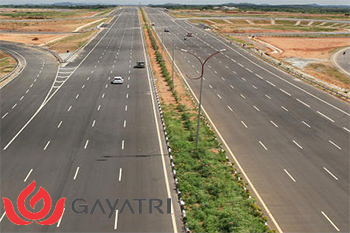 However, the Target Company in modification of earlier proposal has now agreed for allotment of 12,00,217 CRPS, 48.52%, of the face value of Rs1,000/- each aggregating to over Rs120cr in favour of Gayatri Highways by converting the Existing Unsecured Loans and Related Party Due of over Rs120cr.

HKR Roadways is engaged in the business regarding four laning of the roads in the state of Telangana under Public Private Partnership (PPP) as Build, Operate and Transfer (BOT) basis and to collect toll, charges and fees from the users of the said project.