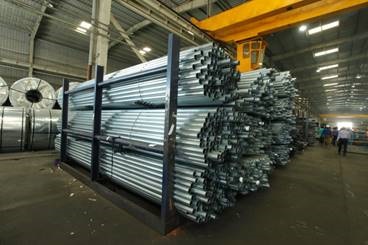 The company has resumed operations at its plants gradually from April 24, 2020, onwards from Dadri, Uttar Pradesh.

In a notification to exchanges, the company stated that "Apollo Pipes complied with the directives issued by the Central Government and the respective State Governments to combat the pandemic. The operations and manufacturing activities at all offices and plants had been temporarily closed until the government announced relaxations".

Apollo Pipes is among the top 10 leading piping solution providing company in India. Headquartered in Noida, the Company enjoys strong brand equity in the domestic markets. With more than 3 decades of experience in the Indian Pipe Market, Apollo Pipes holds a strong reputation for high-quality products and an extensive distribution network.

On Sensex, the Apollo Pipes stock ended at Rs316.50 per piece broadly flat compared to the previous closing of Rs317.10 per piece.

The stock has also touched an intraday high and low of Rs324.90 per piece and Rs306.10 per piece respectively.