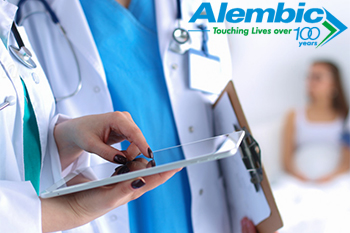 Alembic Pharmaceuticals on Friday announced their March 2020 (Q4FY20) quarter result, where the pharma major posted 81% rise in consolidated profit at Rs224.63cr as performance across instrument remained healthy during the period.

Meanwhile, EBITDA margin improved to 27.13% in Q4 against19.2% in the same period previous fiscal.

In its financial audit report, Alembic revealed that exceptional items relate to impairment provision on investment in and loan given to Joint Venture namely Alembic Marni Algeria held by a wholly-owned subsidiary of the company Rs69.06cr, compensation to National Green Tribunal Rs10cr and write back of certain provisions, refund by the vendor for non-performance and settlement of Rs35.42cr.

On Sensex, the Alembic Pharma stock price ended at Rs897.50 per piece flat compared to the previous closing of Rs897.65 per piece.