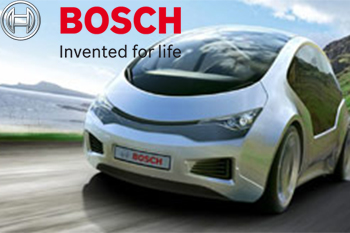 During the announcement of the March 2021 quarter, Bosch's board of directors approved a host of appointments in its top management. Among major appointments was of former Mahindra & Mahindra (M&M) Dr Pawan Kumar Goenka as Independent Director. Markus Bamberger was appointed as Additional Director designated as a Chairman of the Board.

As per the regulatory filing, the company's board approved the appointment of Markus Bamberger (Non-Executive, Non-Independent Director) as an Additional Director designated as a Chairman of the Board with effect from June 01, 2021, or date of allotment of Director Identification Number (by the Ministry of Corporate Affairs, Government of India), whichever is later.

Markus Bamberger has been Head of Compliance Management at Robert Bosch GmbH since April 2019.

Before joining Bosch, Bamberger worked for more than 20 years in various functions at the Merck Group. His most recent position there was as Group Compliance Officer, starting in 2016, and additionally as Head of Data Privacy, starting in 2017. Between 2014 and 2015, he was the Head of the Electronic Materials Business Field in the Performance Materials chemical sector. From 2011 to 2013, he was the Managing Director of Merck Tbk, Jakarta. This Merck company in Indonesia is a stock corporation that is active in all sectors of the Merck Group. From 2001 to 2010, Bamberger held various positions in environmental protection, health protection, the regulatory environment, and audit functions, most recently as Vice President Environment, Health and Safety.

Further, Bosch appointed Dr Pawan Kumar Goenka as an Additional Director designated as an Independent Director for 5 years with effect from May 21, 2021, till May 20, 2026.

Notably, Dr Pawan Goenka was appointed Executive Director and President (AFS) on the Board of the Company on 23rd September 2013. He retired from Mahindra as Managing Director and CEO on 1st April 2021. Dr Goenka is credited with building a strong R&D and a wide product portfolio for Mahindra and is also widely recognised as a statesman of the India Auto Industry.

Among other appointments, the company also roped in Bhaskar Bhat as Lead Independent Director from May 21, 2021, to March 31, 2024. This appointment is being made in furtherance of the Company's commitment to good corporate governance practices.

While Bosch re-appointed S.V Ranganath as an Independent Director of the Company for the second term of three years with effect from July 01, 2021, to June 30, 2024.

Bosch stock tumbled despite the company reporting healthy Q4 earnings. The company witnessed a five-fold jump on a year-on-year basis in its net profit to Rs482cr in Q4. Revenue increased by 44% yoy to Rs3,218cr, while EBITDA rose by a whopping 81% yoy to Rs619cr in the quarter under review.