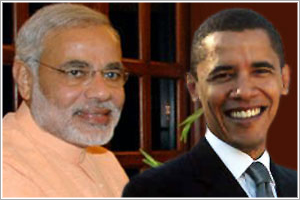 At present, U.S. LNG export is limited to countries that are FTA signatories

The US India Political Action Committee (USINPAC), a bipartisan grassroots organization, hosted a packed legislative briefing on Capitol Hill demonstrating strong support for U.S. export of Liquefied Natural Gas (LNG) to India today.  The event was a culmination of a year-long effort to demonstrate to lawmakers a cogent public interest case for supporting LNG export to countries such as India, which is an early signatory of the W.T.O. (World Trade Organization) Treaty as well as a major U.S. trade-partner, but not a signatory of a Free Trade Agreement (FTA) with the United States.  At present, U.S. LNG export is limited to countries that are FTA signatories.  Several members of the House, Energy & Commerce Committee and co-sponsors of the House Bills addressed the USINPAC-organized legislative briefing.

Rahul Srinivasan, USINPAC Director (LNG Initiative) commented: “The focus of our grassroots campaign has been to support two House bills (H.R.6, H.R. 2771) and a Senate companion bill (S.2494).  If passed, the bills are intended to change current law and enable U.S. exports to India.”

Rep. Ted Poe (R-TX):  “Like the ice cream company, our motto on LNG should be: We eat all we can, and we sell the rest. Where should we sell it? India.”

Rep. James Lankford (R-Ok): “Exporting LNG is in the geopolitical best interest of the US and India.”

Rep. Pete Olson (R-TX):  “India buys natural gas from countries we don’t like and they don’t like… When I visited India last December, I saw a healthy democracy there … In India, I saw a strong willingness to work with America.”

USINPAC Chairman Sanjay Puri noted: “Through our regular interactions with lawmakers and their staff, topical Congressional Hearings, and our dialogue with Industry leaders who serve on our LNG Initiative Executive Committee, we are convinced that U.S. LNG export to India will significantly further the U.S.-India strategic partnership.”

Puri added: “We would like to see a break-through in the recent impasse in bilateral relations.  An agreement on LNG trade during the September summit between President Obama and Prime Minister Modi will surely re-energize a partnership that is critical in these challenging times.”

Markets in green ahead of RBI policy; Nifty above 17,400 led by financials and realty stocks