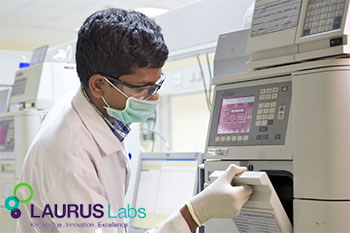 Laurus Labs Limited has announced that the development is underway based on an agreement launched in June 2021 the Company, Unitaid and the Clinton Health Access Initiative (CHAI), to accelerate the development, commercialization, and registration of the best-in-class second- and third-line HIV treatment darunavir boosted with ritonavir (DRV/r) for children.

Despite being available in high-income countries for over a 15-year period, a generic, fixed-dose combination pediatric version of DRV/r is still not available.

Through this agreement, Unitaid and CHAI are working with the Company to finally address this critical need and ensure CLHIV (Children Living with HIV/AIDS) have access to high-quality second- and third-line HIV treatment.

Unitaid Executive Director Dr. Philippe Duneton said, “Enabling children and young people to have access to the best possible HIV treatment is a key priority for Unitaid – whether that’s first, second, or third-line treatment. This agreement is a welcome step towards having a long-awaited pediatric formulation of DRV/r available, as we strive to achieve the global goal of 90% of people living with HIV receiving antiretroviral therapy.”

“A pediatric version of DRV/r has been a global health priority since 2013, but is still not available, leaving thousands of children without the lifesaving medication they need,” said Ann Veneman, interim Co-CEO of CHAI.

“The innovative incentive program announced today will enable development of an effective pediatric medication that will save the lives of children living with HIV.”

The product development collaboration between Unitaid, CHAI, and Laurus Labs was spearheaded through Unitaid’s investment in CHAI since 2016 to bring the best HIV medications to market more quickly and integrate them into treatment programs in low- and middle-income countries that need them the most.

Commenting on the collaboration in development of the new second line and third line pediatric treatment, Dr. Satyanarayana Chava, Founder & CEO, Laurus Labs, said, “we are excited about this innovative mechanism to accelerate the availability of pDRV/r regimen for children living with HIV.

The collaboration between Laurus Labs, CHAI, and Unitaid can positively impact over 100,000 CLHIVs and help them in leading a better life especially in their formative years.”