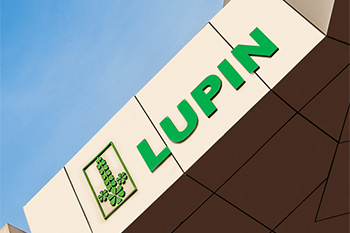 Lupin has announced that it has partnered with Mylan to commercialize Enbrel (Etanercept) biosimilar. Under the terms of the agreement, Lupin will receive an up-front payment of $15mn and potential commercial milestones together with an equal share in net profits of the product. Mylan will commercialize Lupin's Etanercept biosimilar in Europe, Australia, New Zealand, Latin America, Africa and most markets throughout Asia.

Enbrel is indicated to treat certain autoimmune diseases, including rheumatoid arthritis, psoriatic arthritis, plaque psoriasis and ankylosing spondylitis. According to IQVIA, Enbrel had global brand sales of ~$11.6bn in CY17. Another Enbrel biosimilar aspirant, Sandoz has approval but it has outstanding litigation due to which its product is likely to get delayed.

Mylan has strong commercialization abilities and global infrastructure. Mylan has also partnerships with Natco (gCopaxone) and Biocon (six Biosimilars). Partnerships is a de-rising strategy to lower the risk and focus on developing and commercialization of the molecules by separate entities.

This partnership enables Lupin to accelerate its commercialization plans for Etanercept across multiple countries. Lupin has also said that the company continues to advance its biosimilar pipeline.

Lupin completed its Etanercept biosimilar Phase III clinical trial in February 2018 and has filed the product with the EMA and Japanese regulatory authorities and has plans to file this product in other countries.

Biocon should remain unaffected with this as its Etanercept development is at Preclinical levels and far from the approval stage.