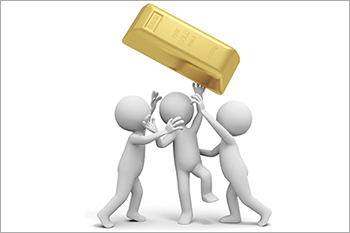 Gold hit its highest level since June 20, 2018, on Wednesday, aided by weaker equity prices which increased its appeal as a safe-haven asset. February Comex gold settled at $1,284.10, up 0.22%. Gold was also supported by expectations of lower interest rates in 2019.

The case for lower global interest rates was boosted by a series of weaker-than-expected manufacturing reports. China’s Markit Manufacturing Purchasing Managers’ Index (PMI) for December dipped to 49.7 from 50.2 in November. Euro Zone Manufacturing PMI remained at its lowest level since February 2016.

MCX gold prices moved higher in Thursday’s session after giving a gap up opening in line with the previous session's gains. Momentum indicator RSI also went above the 60-mark on the hourly charts, indicating high momentum in prices. Going forward, we expect prices to move higher towards the 32,000-mark.