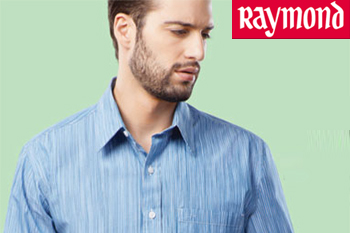 Raymond Limited on Thursday announced its financial results for the quarter ended June 30, 2021. Net Revenue rose 289% yoy to Rs862cr in Q1FY22 compared to Rs222cr in Q1FY21. Continued focused approach on optimizing operating expenses resulted in controlling costs during the quarter, company said in a filing on Thursday.

Opex was 26% yoy higher at Rs347cr than Rs275cr in Q1FY21. The increase in Opex is primarily due to increased level of operations, it said.

“The second wave of pandemic resulted in stricter lockdowns across India, impacting sales recovery during the quarter. As the unlocking began, we witnessed increasing sales in the later half of June month,” the company said.

“The quarter gone by was a difficult one as it was severely impacted by the second wave of the pandemic. However, we were able to handle the situation better with past learnings and closed the quarter with higher revenues. The consumer sentiments were seen positive during the month of June with higher number of wedding dates,” Gautam Hari Singhania, Chairman & Managing Director, Raymond Limited, said.

“We were able to maintain strong profitable momentum in our Engineering business as we focused on the exports as domestic market was impacted due to lockdown. Rapid construction in our Real Estate business is seen as trigger by our consumers and aided the topline. With vaccination drive gaining pace, we are cautiously optimistic of consumer demand picking up with upcoming festival and wedding season,” Singhania added.