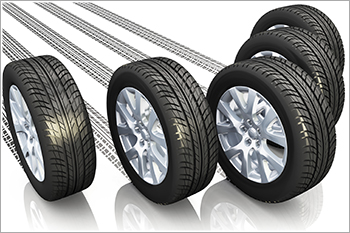 Input costs create fear…
Tyre companies had to face the brunt of high input costs, namely those of natural rubber, carbon black, and crude oil during FY18. Crude oil prices surged more than 30% yoy during FY18 (till March 28, 2018), close to $70/bbl levels, while natural rubber prices (RSS-4 variety) settled at Rs120/kg after moving as high as Rs135/kg in Q2FY18. The government imposed anti-dumping duty on carbon black imports from China, thus leading to a shortage of the commodity for tyre manufacturers. Tyre manufacturers utilize ~70% of all carbon black production in the country. Owing to this shortage, domestic carbon black prices have jumped 60% in the past six months, according to data from All India Rubber Industries Association.

…anti-dumping duty and strong underlying environment come to the rescue
Despite the grim input cost scenario, there is still a lot to cheer for. Firstly, the government has imposed anti-dumping duty on Chinese truck and bus radial tyres (TBR), which constituted nearly 40% of total volumes prior to the duty imposition. Secondly, tyre companies are expected to benefit from strong growth prospects for auto OEMs. As per ICRA, domestic tyre volume growth is pegged at 7-8% in FY18 and 8-8.5% in FY19. Exports are estimated to grow 10% in FY18 and 8-10% over the next three years. This would be led by stable demand and increased acceptance of Indian tyres in overseas markets, both in terms of quality and pricing.