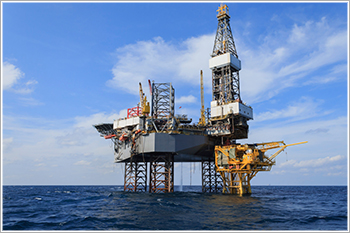 United Drilling to expand market base in Egypt and Libya

The company appoints Marketing Associates and Representatives to promote its product portfolio for oil exploration and completion equipment in North Africa.

United Drilling Tools Ltd. (UDTL) has appointed reputed Marketing Associates and Representatives to promote its product portfolio for oil exploration and completion equipment in Egypt and Libya, both in North Africa.

This representation will open opportunities for UDTL to expand it market base in Egypt & Libya. Major ENP companies like Halliburton, Schlumberger, Baker Hughes, Egyptian General Petroleum Corporation, Egyptian Natural Gas Holding Co., Ganoub El Wadi Petroleum Holding Company, Hess Corporation have a strong presence and foothold in Egypt & Libya and these are our potential target customers in these region.

The Marketing Representatives are in the process of getting UDTL registered as a preferred supplier with the above clients. This will facilitate UDTL to target a potential market opportunity of ~Rs500cr. The company is expecting substantial orders from them which will help increase our global market share as well as a presence in these untapped markets.

A brief on the potential of the oil and gas sector in the growing economy of Egypt indicates that there is a vast potential for UDTL to expand its business in this region.

Egypt has signed around 83 oil and gas exploration deals with IOCs between November 2013 and February 2020, worth about USD 15.5 billion. It has also offered signing bonuses of more than USD 1 billion for the drilling of 319 wells. In 2020, nine petroleum agreements have been signed for oil and natural gas exploration with a minimum investment of around $452.3 in the Mediterranean and Western Desert regions.

Egypt has significant energy resources, both in traditional fossil fuels and in renewable energy. The country's proven hydrocarbon reserves stood at 3.6 billion barrels of oil and 75.5 trillion cubic feet (tcf) of natural gas at the end of 2020. The Egyptian government encourages international oil companies (IOC) to participate in the oil and gas sector. More than fifty IOCs are currently operating in the country at present. Egypt hopes to achieve self-sufficiency in petroleum products by 2022.

Libya is the sixth-largest economy in Africa thanks to its oil, which makes up 95% of its total exports. Libya is bordered by the Mediterranean Sea to the north and shares its borders with Tunisia, Algeria, Niger, Chad, Sudan, and Egypt. Last year, the country achieved 1 million bpd of oil production for the first time in five years and tripled its oil revenues. Oil exploration in remote regions outside well-known reserves continues.

Shares of United Drilling Tools Limited was last trading in BSE at Rs448.90 as compared to the previous close of Rs460.55. The total number of shares traded during the day was 5199 in over 602 trades.

Since its IPO, Paytm has lost more than Rs 1 lakh crore in market capitalization