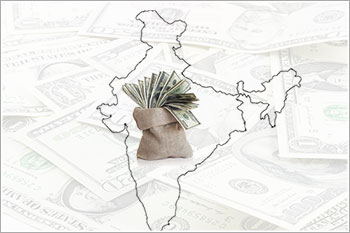 Key takeaways for the month of August 2014:

Modest growth figures emerging out of the US and accommodative policies from central banks triggered another wave of investor optimism which pushed equity markets higher and volatility back down in August. Even while the Fed was debating over the timing of rate hikes, the ECB embarked on its quantitative easing program in earnest as the region continued to mire in low growth and inflation. Asian markets ended the month largely mixed as macro-economic numbers from China pointed towards a slowdown in the economy but were seen to prompt more stimulus measures from the Chinese government.

Latin and North American mandates saw strong gains in August; with Latin America focused hedge funds delivering the largest gain of 2.27% as underlying equity markets in Brazil saw a sharp rally in anticipation of the coming elections. The Brazil IBOVESPA grew 9.78% in August, and is up almost 19% year-to-date. Hedge funds focused on North America were up 1.54% amid gains in underlying markets as the MSCI North America Index4 increased 3.81% during the month. Managers investing with an emerging market and Asia ex-Japan mandate also saw strong gains of 1.50% and 1.46% respectively; with the latter attributing much of their gains to their exposure to Thai and Indian equities which underwent strong rallies due to an improving outlook for the regional economies. European managers were up 0.46%, with second quarter GDP figures showing a contraction in the German economy – the traditional driver of Eurozone growth. Inflation and growth remains low despite the ECB’s efforts and geopolitical tensions in Ukraine continue to dampen regional investor sentiment. This pressure on Eastern Europe focused funds saw losses of 1.35% in August and the funds are down 6.96% for the year – the worst performer among all regional mandates. Japanese hedge funds were up 0.39% during the month, outperforming the Nikkei 225 Index which fell 1.26% as second quarter GDP figures revealed a sharp contraction in the Japanese economy, dragged down by the sales tax hike in April.

Strategy Indices
The divergence in economic policies between the US and European central banks was the major theme during the month, while concerns over the longer term outlook simultaneously pushed government bond yields lower. Returns were positive across the board for all strategic mandates, with CTA/managed futures, multi-strategy and long/short equity strategies posting the largest gains of 2.73%, 1.43% and 1.29% respectively. In the CTA/managed futures sector, August proved to be altogether a positive month for trend following strategies, with the biggest gains seen in US and Euro government bonds and agricultural commodities. Multi-strategy managers were the runner ups for the month, attributing their gains to foreign exchange trading and interest rate bets. The euro was the underperformer among the G10 currencies during the month following Draghi’s speech about combating deflation. Funds also reported gains from shorting the Russian rouble and Ukraine's sovereign debt, while exposure to long Brazilian real and Latin America interest rate trades also generated good profits. Long/short equity hedge funds delivered good returns in August as global equity markets ended the summer months on a positive note. Managers reported gains on the back of strong performance for underlying markets in North and Latin America although weak GDP figures and geopolitical instability continue to mar prospects for the Eurozone. Returns for distressed debt and fixed income were marginally positive at 0.06% and 0.28%, the lowest returns out of all strategic mandates as government bond yields fell across major economies during August.
* Based on 33.44% of funds which have reported August 2014 returns as at 9 September 2014