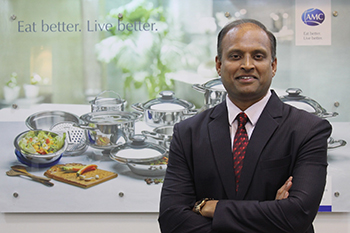 The Union Budget 2019 welcomes domestic economic growth, and taxation, through improvement in employment and other key benefits. Various measures were announced for financial markets with the intention to attract NRI and FPI (Foreign Portfolio Investors) investments in India. According to the Finance Minister, the Indian economy which was approx. $1.85 trillion in 2014, within 5 years, has witnessed a growth of $2.7 trillion, which has proved to be a great development for the country’s economy. Considering India achieves a $3 trillion economy in this year as discussed in the Union Budget 2019, the country will become the 5th largest in the world with regard to its purchasing parity.

With regard to taxation, the Finance Minister addressed the taxpayers their duty right on time. To resolve the angel tax issue, startups under the new union budget will not be subject to any scrutiny with respect to valuation. The funds raised by startups will not involve any scrutiny by the IT department giving the boom of new businesses and startups a considerable relief.

Rise of Entrepreneurship in India

The Finance Minister’s decision to boost women entrepreneurship in Women SHG Interest Subvention Programme to be expanded into all districts in India is phenomenal. For every verified woman SHG member having a Jan Dhan account, an overdraft of Rs5,000 shall be announced. One woman in every SHG will be made eligible for loans of up to Rs1 lakh under the Mudrascheme, a commendable effort by the government to encourage and facilitate women entrepreneurship. The Finance Minister also proposed forming a broad-based committee for gender analysis and addressed the significant contributions in every sector highlighting the recent election which saw a record turnout of women voters, at par with men, records 78 women MPs in the house.

The budget has also doubled income tax exemptions for those earning up to 500,000 rupees a year from the existing 250,000 rupees which will benefit 30 million lower earning taxpayers. To conclude, Union Budget 2019 is going to greatly impact the growth of women entrepreneurs and give an impetus to the startup industry aiding in the country’s development in the upcoming years. The simplification of GST which has included various businesses under the formal economy is aligned and will support the government’s vision for its economic growth.