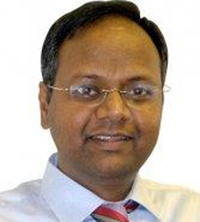 Nagarajan Murthy is the Head of Fixed Income at Tata Asset Management. An M.Com with a PGDBA from Somaiya Institute of Management & Research, Murthy brings with him a rich and varied experience in the financial services space including the proven expertise in debt market. Prior to his appointment at Tata Asset Management, Murthy had fruitful stints at Quantum AMC and Mirae Asset Global Investment India Ltd.

In an interaction with Sabyasachi Mukherjee of IIFL Wealth & Asset Management, Murthy remarked, “We expect the ten‐year Government securities yields to move in the range of 6.70‐ 7.10 % in the next financial year. We expect AAA PSU bonds to trade at a spread of 50 to 80 basis points over comparable government securities.”

Excerpts of the conversation...

What are your views on India’s fixed income market? How do you foresee yields moving in near to mid-term?
RBI and the Government want to bring CPI inflation to 4 % on a durable basis. RBI expects CPI expectation to average 4.5 % for the first half of this year and 4.5 %‐ 5 % in the second half of the current financial year. It wants to maintain real interest rates of 1.25 % to 1.50 % over the expected CPI inflation rate. RBI calculates the Real rate as the difference between expected one‐year CPI inflation over current one‐year T bill rates. Given that T bills are trading at 6.25 % levels, we don’t expect any interest rate hikes in the current financial year as real rates are within the RBI range. Liquidity continues to be easy due to demonetization and as per the RBI deputy Governor Viral Acharya, it’s expected to be in surplus mode for the next 4 quarters. We expect the ten‐year Government securities yields to move in the range of 6.70‐ 7.10 % in the next financial year. We expect AAA PSU bonds to trade at a spread of 50 to 80 basis points over comparable government securities. We expect the state government securities to trade at a spread of 80 to 100 basis over comparable Government Securities.

With yields inching higher across the globe, what’s your take on the global fixed income market?
Globally, fixed income markets yields have moved up since US Federal Reserve started hiking Fed Fund Rates last year and post the election of the new US President. The Fed has indicated its desire to reduce its balance sheet size of 4.5 Trillion USD which it has built up through its three quantitative easing programmes from 2008 onwards. It had to adopt an unconventional monetary policy given that conventional policy rate was already near‐zero. However, with the recovery of US economy and the labour markets, the Fed has gradually initiated the process of normalization. These measures would eventually lead to a stronger dollar.

Why are FII Investors returning to India after record withdrawals in November and December?
Foreign Debt Investors are coming back to the Indian markets after RBI reiterated its commitment to maintain CPI inflation at 4 % in the medium term. FIIs had booked profits after Trump victory in US Presidential elections as they expected the US economy to recover strongly. However, the Trump administration’s ability to push the promised reforms is being tested and the U.S Fed Reserves seems to be patient in hiking rates even after achieving its CPI inflation target of 2 % and unemployment level of 4.5 %. Back home, the BJP win in Uttar Pradesh has given the Modi government the much‐needed strength to carry the reforms process forward. The introduction of Goods and Service Tax Bill, and its ensuing implementation, has boosted market sentiments. Globally, money has flown back to emerging markets and India has received a higher share due to the positive domestic developments.

How will the series of Fed rate hikes, coupled with a strengthening rupee affect the fixed income market in India?
The initial impact of Fed interest rate hikes is positive as the Fed Fund Rate is still below the Neutral Rate. Neutral Rate is the CPI inflation plus the real interest rates. The Fed Fund Rate is 0.75 to 1 % which is still lower than the Current CPI inflation of 2.1 %. The Fed Fund Rate hikes should start effecting emerging markets after 4 more hikes of 25 basis points, when the Fed Fund rates would move above 2 % levels. Portfolio flows will reduce as the Real Fed Fund Rates become positive and cost of money becomes expensive. The Rupee strengthening will force RBI to intervene in the domestic market to control rupee inflation. RBI will start issuing bonds to suck out excess liquidity which would flow in the domestic markets through dollar purchase. Both developments would be negative for the Indian Bond Markets.

Which part of the yield curve looks attractive for investments? Is it the right time to move away from duration funds and shift to accrual funds?
Due to demonetization, we have surplus liquidity in the system. The peak liquidity was Rs. 8 Trillion which has now reduced to Rs. 4‐ 4.5 Trillion. As demonetization gathered pace, the excess liquidity could have been drained out. However, the pace of demonization has reduced from March after the government removed all limits on bank withdrawals. FII inflows in both equity and debt markets have increased, creating inflows of 12 billion USD in the first quarter of this calendar year. RBI has been intervening in the domestic market to control currency appreciation by buying dollars in the domestic markets.

As per the Deputy Governor Viral Acharya, liquidity will continue to remain easy for the next 4 quarters due to RBI forex intervention, and with the economy becoming less cash dependent. This should make the short end of the yield curve steady and investors will get the benefit of roll down through buying papers following a steep yield curve. Accrual funds are risky as the economy environment is negative due to excess capacity in the manufacturing sector. Most NBFCs have also lent aggressively to SME and real estate sectors. India has witnessed record downgrades by rating agencies last year and this is expected to continue in the coming years as SME and real estate sectors would be affected by demonetization and GST implementation. Investors would be better off by investing in short term bond funds and ultra‐short term bond funds with strong credit portfolios.

What’s your view on inflation? Do you foresee any rate cuts during 2017-18?
Inflation is expected to move up in the coming months due to increase in minimum wages by 40%. With the implementation of seventh pay allowances, GST rollout from July 2017 and adverse base effect, we expect CPI inflation to move to 5 % levels in the next calendar year. We do not foresee any rate cut in 2017‐18.

Would domestic investors portfolio allocation shift towards equities? What would be your advice to investors?
Investors must consider their risk appetite while allocating funds in equity and debt. Debt funds are expected to give 3 % to 4 % additional returns over CPI inflation over a period of time. The long term view on Indian Debt Market is positive as the government and RBI are committed to bring CPI inflation around 4 % levels. Given this long‐term context, duration product returns would be higher compared with the short‐term bond returns. The long term returns of equity are expected to mirror the nominal GDP growth of the economy over a long term frame.