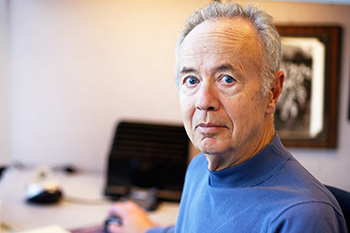 Andy Grove (1936-2016)
It was during Andrew Grove’s tenure that Intel became gloriously synonymous with microprocessors, permanently etching the Pentium’s “Intel Inside” campaign in the minds of scores of tech players and users across the globe. Ironically enough, this new identity erased the memory of company’s memory products, once the company’s mainstay. The tag of world’s largest chipmaker was not entirely devoid of strife – recall Professor Thomas R. Nicely’s discovery of the FPU error encountered during complex mathematical calculations which caused some loss of face for the company, more so for the delayed acknowledgment and belated recall of the faulty processors – there’s no denying the fact that Grove was one of the pioneers of the PC era and it was his practical wisdom and astonishing flexibility that scripted Intel’s industry leadership, balance sheet health and stock market triumph. Grove was also a passionate proponent of native manufacturing – especially of electronic goods - which he felt was integral to engineer tech breakthroughs at home. Presidential candidates (other than Trump may be) would love to borrow that thought for their electoral campaigns, if not entirely for righteous reasons.

Engineer, technologist, entrepreneur, thought leader, author, activist and speaker all rolled into one, Grove was distinctly ‘start-up’ in conviction, ever-vigilant of tech disruptions - imminent or distant - and a firm believer of nimble-footed innovation and fruitful dissent. His management style was rooted in discipline, what many of his detractors would have found ‘old school’. He was not the one to suffer fools and his work culture had no room for laxity. Way back in 1981, he made his employees put in two extra hours per day with no commensurate compensation. Undoubtedly, his brand of innovation inspired several aspirants of the time that are now established names in the Valley. He was one of those rare technologists who are equally adept at striking meaningful management conversations, precisely why he was able to transform ideas into products.

Much of his steely resolve and maverick attitude, one reckons, would have come from his childhood strife in Budapest where he was born as the Jewish Andras Grof at the time of Nazi occupation. After having suffered the worst of Russian atrocities during World War II, it would have taken exceptional courage to tiptoe into Austria under a fake identity before moving to the ultimate land of opportunities, the United States. It was here that he learnt everything including English and Chemical engineering, the latter from Berkeley’s University of California.

It was at Fairchild Semiconductor that he met and worked with chip wizards Robert Noyce and Gordon Moore (of Moore’s law fame) in R & D. When the duo founded Intel, Grove became their first employee and took charge of manufacturing and research. The rest, as they say, turned out be history.

Grove’s philanthropy and public activism were equally striking. His generous donations to Parkinson’s research and his heartfelt plea to the medical fraternity for a deeper probe into the terminal disorder bear testimony. His 1996 Fortune cover story stressing on the need for cross-disciplinary work in prostate cancer treatment is an invaluable actionable resource for doctors and patients alike. (http://fortune.com/1996/05/13/andy-grove-prostate-cancer-cover-story/)

Today, at a time when Intel grapples to keep pace with the ever-evolving challenges of a Smartphone world, Andy Grove’s brand of innovation would be sorely missed. Had his health not failed him during his autumn years, he would have had something up his sleeve to help his company get into the groove.