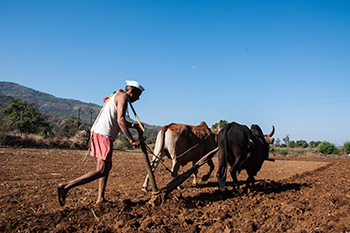 The connection of rural economy and elections

For the ruling NDA government, the rural economy will be the fulcrum that will drive the elections.

Focusing too much on urban voters at the cost of rural voters has its own pitfalls. Back in 2004 we saw two instances in the state of Andhra Pradesh and at the centre. Chandrababu Naidu’s urban pitch did not find too many takers with a state where villages were racked by 3 consecutive years of droughts. In the same year, Vajpayee’s India Shining campaign almost had an ironic twist in the midst of farm distress. Not surprisingly, both these predominantly urban stories met their match in rural India. More recently, the NDA survived a scare in the Gujarat State elections in early 2018 before urban pockets bailed them out. The NDA was not so lucky in the states of Rajasthan, Madhya Pradesh and Chhattisgarh, which they lost towards the end of 2018. So what is this amazing relationship between elections and the rural economy?

Why the rural economy matters to elections?

The Institute of South Asian Studies at the National University of Singapore (NUS) had prepared an interesting note on the relationship between elections and the rural economy in India. Some of the highlights can be summarized as under:

For the ruling NDA government, the rural economy will be the fulcrum that will drive the elections. As per the election commission data, in 2014 the BJP got 40% of the urban votes but less than 30% of rural votes even in a predominantly wave year.

Nurturing the rural story – the road ahead
The rural distress stems from a plethora of factors and they are the key to the outcome of these elections. Demonetization was an important factor as it caused stress in rural and semi-urban areas due to the cash nature of these economies. Secondly, GST led to business stress in rural and semi-urban segments. A bulk of employment in these segments is provided by the MSME sector, where compliance costs have gone up but the benefits are yet to kick in.

The last five years have seen distinct cost escalation for the rural people. For example, fuel is up by 27%, fertilizers by 15% and pesticides are 30% more expensive. Also, the MSP for most crops stagnated between 2014 and 2017 and the higher MSP promised in 2018 was constrained by limited procurement by the government. Lastly, a production glut and market stocks (e.g. sugar) led to falling prices. All these underscored the need to address the rural story in the 2019 elections.

Political campaigns are leaving no stone unturned to pamper the rural masses. Sample these.
What is the rural impact and how seriously the rural folks have taken these schemes will only be known on May 23, 2019. But this election has surely been all about wooing the rural voter.