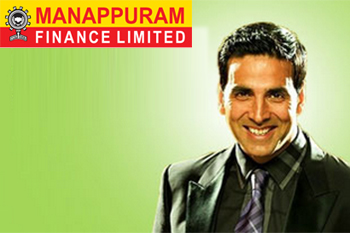 
Manappuram Finance Q4FY16- Beats estimates!
Manappuram Finance continued to outperform expectations and reported a great set of results with NII growth of 45% yoy, above IIFL estimates of a 35% yoy growth. The improvement came on the back of margin improvement due to a reduction in the cost of funds and improvement in yields, along with a stronger than expected growth in overall AUM. Cost of funds came‐off 10bps qoq and 150bps yoy due to a rating upgrade earlier in the year and lower base rates during the year. Yield has improved 190bps yoy as Manappuram has shifted to shorter duration loans because of which the quantum of auction was lower. Auctions this quarter stood just at Rs. 190cr (1.9% of gold AUM) aided by higher gold prices.
AUM growth continues to accelerate to 19% yoy and is now showing impressive signs of a sustained high paced growth. The growth came largely from the non‐gold portfolio, the share of which has increased to 11.8% in Q4 FY16 from 8.9% in Q3 FY16 and a mere 3.8% in Q4 FY15.
The asset quality showed a marginal improvement with Gross NPA at 1% of advances in Q4 FY16 v/s 1.1% of advances in Q3 FY16. This was inspite of the shift to 120dpd this quarter from 150dpd earlier. On a 90dpd basis as well, management indicated that Gross NPAs would have been at 1.4%. Shift to the shorter tenure products will greatly aid the robustness in asset quality performance going forward.