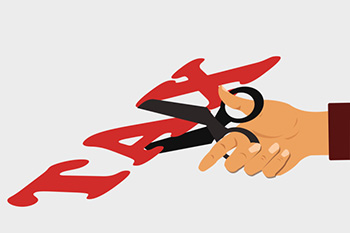 10 questions about corporate tax changes you were hesitant to ask

Here are the answers to the top 10 questions that must be bothering you about the corporate tax changes announced by the Finance Minister.

Nirmala Sitharaman announced a slew of changes on the corporate tax front, which enthused the Sensex to rally by 1921 points in a single day on Friday. This is the best single day returns on the Sensex in the last 10 years. But corporate taxation, by definition, is complicated.

Here are 10 questions that must be bothering you.

1. Has the government announced a tax rate cut across the board for all Indian companies?
What Nirmala Sitharaman announced is not a reduction in tax rates but a shift to alternate tax formula. Currently, corporates pay tax on net profits at the rate of 30%. On top of that, they pay the surcharge and the cess, so that the effective tax rate is much higher. But they also get the benefit of various exemptions like capital allowance, SEZ benefits, R&D benefits, backward area rebate, etc. What the FM has offered is an alternate formula wherein the company just pays a tax of 22% and foregoes all exemptions and rebates.

Effectively, by moving to the new formula, you pay 9.78% lower tax rate.

3. What happens to the companies up to a turnover of Rs.400 crore who are currently paying concessional tax rate of 25%?
That classification will now become redundant altogether as all these companies will now shift to the new 22% formula and give up all rebates and exemptions. Now, companies across the board can opt for the 22% tax formula irrespective of their overall turnover. This effectively goes by the promise made by Arun Jaitley in 2014 Union Budget.

4. What happens if a company is currently enjoying backward area exemptions which are valid for 2 more years? Will they have to forego that exemption to shift to 22%?
No, they do not have to forego any exemption. They can continue under the current system till the special exemption period is over. Once that period is over, then they can opt to shift to 22% tax rate and that will be applicable from that particular fiscal year onwards. Please note that the decision to shift  to the 22% tax formula is irreversible; that means once a company opts for the same, they cannot go back to the old system.

5. Is it true that the minimum alternate tax (MAT) has been scrapped altogether from here on?
There are two points to note here. For those who opt for the 22% flat tax rate formula, there will be no MAT chargeable henceforth. For them the MAT stands scrapped. However, the MAT will continue for those who are still in the old tax formula. However, even in their case, the FM has reduced the MAT rate from the current 18.5% to 15% to reduce the MAT burden on these companies.

6. When is 15% tax applicable to companies and can existing companies also avail that facility?
The concessional tax of 15% is applicable to any new manufacturing facility set up and operationalized after October 01, 2019 but before March 31, 2023.  Existing companies can also set up manufacturing facilities under a separate corporate entity to get this benefit. The idea here is to encourage the companies to make fresh investments in capacity and also to give a boost to the make-in-India plans of the government. Here the effective rate will be 17.1% (15% tax + 10% surcharge + 4% cess). Here also, the said company will not have any exemptions / rebates.

9. When will this 22% formula be effective? Will this tax cut formula apply to foreign companies also?
The new 22% formula will be applicable effectively from the current fiscal year 2019-20 (April to March) to all domestic companies who opt for this formula.
No, this new tax formula will only be applicable to domestic companies. Foreign companies will continue to pay tax as before and there is no change in their tax formula.

10. What is the tax loss to the government by the new formula, since it is a major tax cut? Where will the money come from?
There are a lot of nuances in the cost estimates because the government will get lower tax but it will pay less in the form of exemptions and rebates to corporates. The government estimates the net cost to be Rs145,000cr and it is not clear how the gap will be plugged. But there are two things that will be important here. Firstly, the government will also save on exemptions in case of companies that shift to the new formula. Secondly, the lower tax is expected to increase tax compliance and that is also expected to give a boost to revenues.