Read Full Story
Bulls and bears fought hard to tug markets in their favor this year with twenty eighteen witnessing it all -- the good, the bad, and the ugly. 2018 was no less action-packed with a multitude of factors, both domestic and global, casting their influence on investor sentiment.

From Donald Trump’s swaggering tweets to the high-octane state elections, the year gone by was indeed one that made Indian and global markets go in a tizzy. As Indian markets soared to new highs, the broader market’s fat balloon burst during the year.

Here’s a timeline to reminisce some of the most important developments that occurred in 2018: 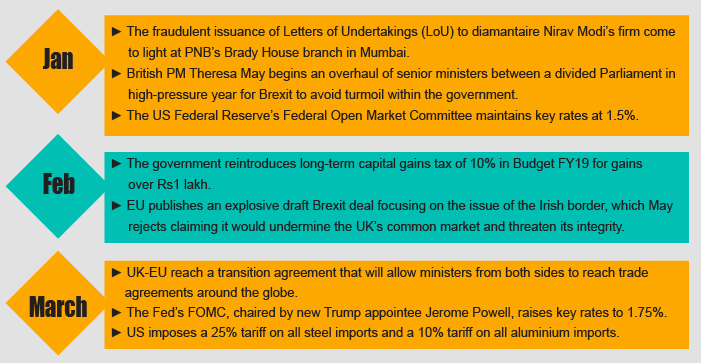 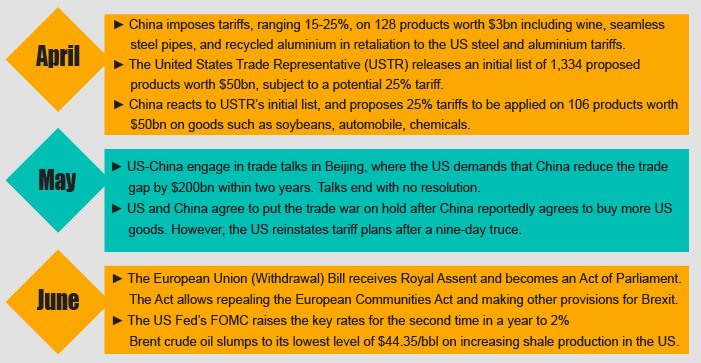 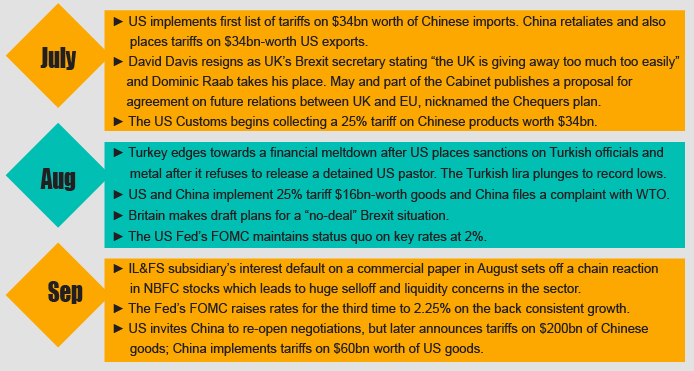 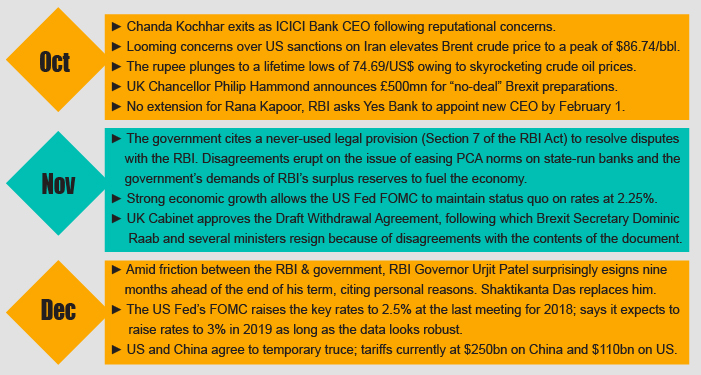 Sentiment swelled as well as soured in a heartbeat around these events, making 2018 truly a year of ups and downs. As investors were left agog with happenings consequential to the markets, on the sidelines, 2018 will also end with some sweet memories of the pompous Ambani wedding and bitter ones of losing some of the most influential personalities such as AB Vajpayee and Stan Lee who have given the world a lot to remember!

1. You will be eligible for 500 Reward Points if you open an account with IIFL Securities Ltd by submitting your details in the form of this offer section of this page only.

2. You have to download Epic One Rewards App and register with same mobile number to redeem the Flipkart Voucher.

3. This is a limited period offer.

4. This offer cannot be combined with any other offer.

5. You will be eligible for the offer once the account opening process is complete i.e. demat and trading account is opened after complete document & application verification in lines with the SEBI / Exchange regulations and internal policies and procedures of the company.

6. IIFL Securities Ltd. reserves the rights to withdraw this offer any time without any prior notice.

7. In case of any dispute, the decision of IIFL Securities Ltd. management will be final and binding.