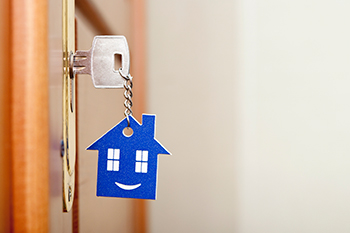 In India’s highly dynamic market environment, change and innovation have become essential for the survival of any business. The housing sector, which was in the previous years defined by a remarkable lack of change, has been no exception. The winds of change are causing aspects of this industry that previously seemed ‘cast in concrete’ to give way. Let us examine five factors that stand out in this respect:

Increasing focus on affordable ticket sizes
Across most Indian cities, the financial 'sweet spot' for homebuyers is seen to be in the range of INR 50-70 lakh. In hyper-expensive Mumbai, ticket sizes of around INR 1 crore are popular with buyers because of the higher wealth creation and therefore purchasing power there. However, as of 3Q16, there has been a rise in apartments priced under INR 1 crore in Mumbai, as well.

The proportion of increase in units launched in Mumbai in the under INR 1 crore ticket size increased more than the proportion of the overall rise in unit launches. Mumbai serves as a good example to illustrate the rising affordability trend because it is the toughest market in the country, and yet could see more launches in this segment. Other cities will, therefore, fare even better than Mumbai in terms of decreasing housing ticket sizes.

To keep the price tags of their offerings attractive, developers have been reducing the average carpet area of apartments across cities. For example, the average apartment sizes in Mumbai and Bengaluru have, in recent times, shrunk by 12% and 30% respectively.

Configurations revolution
When it comes to the most preferred configurations, 1 BHK flats remain the most popular in Mumbai, while 2 BHKs rule in most other cities such as Delhi-NCR, Bengaluru, Pune, Hyderabad, etc. Of course, affordability is the main reason behind the popularity of smaller flats in Mumbai. Most of these smaller configurations are priced around INR 1 crore, which is considered 'affordable’ by Mumbai standards.

Moreover, selling these units later on is easier than selling bigger configurations, as there are always more people looking to buy 1 BHK flats in Mumbai there are units available. In other cities, the same logic applies to the 2 BHK configuration. As real estate in most cities is cheaper than Mumbai’s, homebuyers can afford to and do buy bigger configurations.

More developers entering affordable segment, PE players willing partners
The Modi Government’s focus on affordable housing has helped in making this segment more palatable to developers. The erstwhile aversion to being tagged as 'low-income housing builder' has waned, and even larger players are openly entering this market segment. There is now considerable political and social goodwill attached to such a move, apart from its undoubted business sense. Players like Mahindra Lifespace, Tata Housing, Shapoorji Pallonji Group, Assetz Property Group, Puravankara Projects, etc. are all enthusiastic about entering or expanding their affordable housing portfolios this year.

An overall investment of INR 1,600 crore is expected into the affordable housing segment over the next five years. Private equity players are willing to partner with developers operating in this space and fund such projects. Nisus Finance Services, Brick Eagle Capital, Avenue Venture Partners Real Estate, Carlyle, Essel Finance Advisors and Managers LLP, Provident Housing and International Finance Corp are some PE firms helping developers with their affordable housing projects across the country.

India's chronic dearth of affordable projects is nothing short of legendary. However, with slowing sales in the luxury and premium categories, affordable housing is now the one segment which shows any kind of real promise to open up revenue for developers. After the recent demonetization move, land prices will plummet - more so in the tier-II, III cities and the fringe areas of metros. This, too, will aid the cause of making homes more affordable in India. While developers are already constructing smaller-sized units on the outskirts of cities, the Government must step in by improving the connectivity of these outskirts to respective city centers.

Basic amenities on the rise irrespective of project size
Homebuyers expect decent amenities in their housing projects, regardless of whether they ate townships or standalone buildings. While townships offer many amenities, sufficient parking, a small garden and play area, good security and power backup are now increasingly being seen even in standalone residential buildings. Buyers are no longer willing to settle for amenities-starved projects and expect the basic facilities even if their purchasing power is on the lower side. With more and more developers of modest-sized residential projects heeding this demand, the rest have been left with no choice but to follow suit.

Engaging on social media and increasing spends on digital marketing
Dissatisfied homebuyers have been using social media effectively to demand redressal to their grievances. Developers have realized the power of social media in brand image management, and many have started responding to buyers’ posts or queries in real time. At the same time, they have realized the potential of targeting possible buyers with advertisements while they are online. In fact, most developers have begun to realize that investing in digital marketing is necessary in a market environment where more and more buyers review all their options online before actually doing site visits at shortlisted projects and making their final decisions.