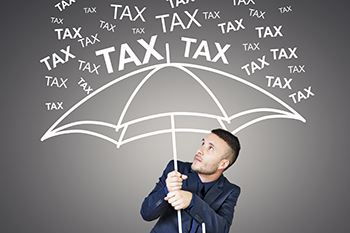 All about tax shelters, sin tax and tax levies

A common way of availing tax shelters for an institutional investor is through the Mauritius route. For example, a large portfolio manager in the US can create an offshore company in Mauritius to route money into other countries.

One of the common terms you get to read in the newspapers is the concept of a tax shelter. A tax shelter is a method of reducing tax by routing your funds through a tax haven. Have you every checked from where the maximum FDI and FII flows come into India. No, it is not the US, UK or Japan but the tiny African island city of Mauritius. The reason for this massive inflow of foreign funds from Mauritius is the underlying tax shelter that Mauritius offers to investors.

Tax shelter – how it works

A common way of availing tax shelters for an institutional investor is through the Mauritius route. For example, a large portfolio manager in the US can create an offshore company in Mauritius to route money into other countries. That is because the rate of tax in Mauritius is kept very low so as to be attractive for foreign investors. There is also the Double Taxation Avoidance Agreement (DTAA) signed between India and Mauritius. Due to the DTAA, India does not levy any tax on income earned by Mauritius based companies. Effectively, the US portfolio investor makes a smart profit in the Indian markets and takes it out with little cost other than the exchange risk.

It is not just Mauritius but there are other centres like the Netherlands, Luxemburg, Cayman Islands and many Central American islands that follow such a liberal tax regime. However, such tax shelters are increasingly coming under scrutiny of the IOSCO and other capital market regulatory bodies.

Sin Tax – What is that and why is it levied?

Sin tax is not exactly a tax but it is a penal rate of tax that is charged on select goods where the government may either want to discourage consumption or may want to make the consumers pay more for it. Broadly there are 3 categories of goods that are subject to sin tax in India.

The first category of goods that are subject to sin tax are the harmful products like cigarettes, chewing tobacco, pan masala, gutka, etc. These are health hazards and the idea is to discourage consumption. Secondly, there are foods that add limited value. High sugar foods and high soda drinks are known to add little value to people’s health. Hence, such companies are subject to a higher rate of sin tax. Thirdly, there are luxury goods where the government wants the high net worth buyers to be charged at a progressive rate. Luxury cars, luxury apparel, designer models, Swiss watches, etc. fall in this category. In India, the demerit rate of GST is 28% on cost.

Tax levies – who levies the taxes?

In India, taxes are broadly levied by the centre, state and the local bodies depending on the categorization of the product. There is a central list and state list. However, many of these tax levies like excise duty, sales tax, VAT, service tax, local levies have been largely subsumed under GST. There are three GST levels which include central GST (CGST), state GST (SGST) and integrated GST (IGST). Among the other headers of tax levies, personal income tax, corporate taxes and customs duty remain under the purview of the centre. Tax on land, buildings, vehicles, tolls and agricultural income are under the state list.