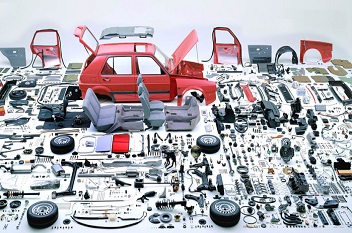 The recent tax exemption on Electrical Vehicles is a good idea and can be extended to all cars for first-time car buyers.

The monthly auto sales numbers over the last one year have seen a distinct slowdown, largely driven by rising inventories with dealers, slowing consumer demand and constriction of financing. The slowdown has been pronounced across segments including two-wheelers, passenger cars, SUV, LCV and even the HCV segment. According to a recent consumer survey conducted by CSFB, the propensity to postpone consumption of durables in India had gone up sharply in the last one year and consumers were now willing to postpone their decision to buy automobiles by more than a year.

Giving a boost to PFCE to revive auto demand
According to data put out by the Central Statistical Organization (CSO), the growth rate in private final consumption expenditure (PFCE) has fallen from 15.7% in 2014 to 11.9% in 2019. This sharp fall in the PFCE has had an impact on auto sales. In India, PFCE accounts for 58% of total GDP. How can the government intervene? This requires a macro approach in the form more money in the hands of people. It could also entail lower income tax rates to increase take-home incomes. The recent tax exemption on Electrical Vehicles is a good idea and can be extended to all cars for first-time car buyers.

Creating an assured replacement market for cars
Currently, there are regulations for vehicle obsolescence only in case of public vehicles. In case of private cars, there are no such aging limit on cars and people tend to use the same cars for a very long time. This literally stifles the replacement demand for cars and also adds cars with outdated pollution control systems on the road. That is not too environment friendly. An outer time limit of usage for all types of vehicles will ensure that environment protection is ensured and also there is ready replacement market for cars. This can be a big boost to secondary auto demand.

Remove bottlenecks in auto financing
This is an area the government needs to work with banks and NBFCs. In fact, NBFCs lead to way in terms of incremental lending to the auto sector and this segment has been under a lot of strain. Apart from tight liquidity conditions, the cost of funds has also gone up sharply by 150-200bps in the last one year. This is making it unviable for lending and borrowing in the auto market. The government can intervene through the banks to ensure low cost funding for automobiles and also ensure refinancing of auto loan portfolios of NBFCs in a seamless manner. Financing of cars has to be de-bottlenecked for auto demand to revive. On the cost of funds, it has a lot to do with risk. But the government and RBI must now press for greater transmission. With the RBI cutting rates and bond yields falling by nearly 180bps since the peak of October 2018, it is time for lower cost auto loans. That will be a big boost.

Peg fuel costs to the price of Brent Crude
One of the reasons people have been putting off their car purchase decisions is the high cost of fuel. In a country where public transport is yet to achieve a level of maturity, private transport is inevitable. That is where a credible fuel policy must come into play. The government has skimmed most of the fall in crude prices in the form of higher excise and customs levies on oil but the costs have been passed on when crude rises. As a result, people are paying more for fuel than 2014, although crude is sharply lower. That anomaly needs to be addressed to revive auto demand.

A push to auto demand has consumption and capital demand implications. Remember, there are few better barometers of future GDP than auto demand.