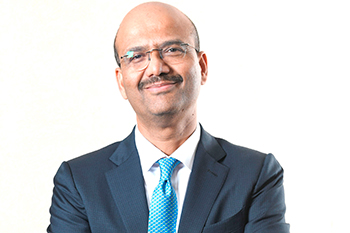 Buy a basket of Blue-Chip stocks, add tadka of mid-cap and small-cap mutual funds (MFs) and beat the Nifty.

This recipe is inspired by my hostel senior. There are many on Twitter who claim that they are easily beating the benchmark, which is Sensex or Nifty.  I am most impressed with them because I find it difficult to beat the benchmark without taking undue risk.

I am sure most readers will be aware of the tadka impact of small and mid-cap stocks/ funds. They are volatile to say the least and when they do well, they do very well. In recent past, post the March meltdown, mid-cap and small-cap stocks have done well.

What about Blue Chips? As per Internet, “Blue chip stocks are shares of very large and well-recognised companies with a long history of sound financial performance. ...Blue chip stocks generally cost high, as they have good reputation and are often market leaders in their respective industries.” So far, so good. But what does this mean in terms of stock price performance and beating the Nifty. Nothing. You can buy the bluest of the blue chips and still under-perform. We tend to forget this because of “recency” effect. If in the recent past, a sector does well, then we tend to extrapolate the same performance to longer time periods.

Let me give some examples. The bluest of the blue chip in India – from the day I started working / investing was Hindustan Unilever Ltd. Pages have been written about it – brands, quality of manpower, leadership engine etc. For a long period, from turn of the century till 2008, the stock performance was moderate. Analysts wrote off the stock and suddenly it woke up and did very well. Other notable examples from the FMCG stable are Castrol and Nestle. Nestle has done very well but for a long period it was stuck between Rs3500 and Rs5000. If you are a proud owner of Castrol, like me, then you will understand what I mean.

Take the case of Reliance -  the stock has been on fire. It has single-handedly driven Nifty performance this year. Before this tear-away performance, the stock price remained lack lustre for a long time. There can be many reasons for price under-performance – as technical analysts say – time consolidation. The markets might have priced all future growth to perfection, which means there is no juice left in the stock price.

One more example – another stock which has set Twitter on fire and led to the creation of countless memes – ITC. There are many analysts with diverse views. Is ITC a dividend play or value trap or under-priced FMCG stock, which will reward its shareholders? Only God knows. The same is the case with PSU stocks. Older analysts might remember a time when PSU stocks did very well.

Sabka time ayega. Kisi ka time nahi bhi ayega. This is like a Rajnikant dialogue but unfortunately markets are like this only.

The strategy of buying blue chips and beating the market is fraught with one issue. The investor does not know which blue chip will perform in which time period. Before the current Reliance outperformance, most fund managers and funds were underweight on Reliance.

The key takeaway is that even good stocks can underperform for long periods of time. But if you are holding a blue chip then sooner or later, stock price catches up, as by definition, they are well-managed companies with good financial performance. All you have to do is to buy and wait patiently. The holding period angle remains unchanged.

I will end this note with a contra example. This has been pointed by my colleague in the Institutional Research desk. These days IT (and pharma) stocks are the flavour. Silently financials are catching up. HDFC Bank has again crossed the Rs1200 mark without making any noise.

See the chart below, which is the 20 years monthly ratio chart of NSEBank Index and NSEIT Index since 2001. The 20yrs monthly ratio chart of NSEBANK Index / NSEIT Index since 2001 shows that since 2004, the ratio has moved between 1.00 to 2.40 levels with troughs formed ~1.05 levels during 2007 & 2014. Current reading of ~1.09 level is pretty close to the troughs formed earlier & hence risk-reward ratio is in favour of increasing weight towards Banking by reducing some weight in Technology at portfolio level.

Also, interesting to note is that ratio has been following the ~7-year time cycle from trough-to-trough which means next trough is expected to be formed in early part of CY 2027 if the same cycle repeats itself.

Since September end, Bankex is up 16% with large banks like ICICI Bank, Bandhan up 20-27%, Housing Finance Companies like Repco, LICHF, PNB Housing are up 50%-100% from their six-month lows.

Maybe, the time for financials has come back. One can buy the financial blue chips like HDFC Bank, HDFC, ICICI Bank, SBI Cards and beat the market. One caveat – we will know with hindsight if our timing was right.

This blog by Mr. R. Venkataraman, MD, IIFL Securities was published in The Economic Times on October 12