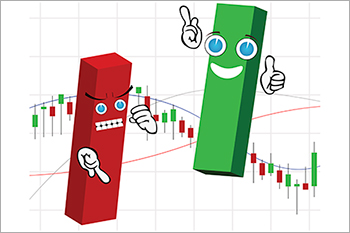 Best and worst performing stocks of 2019

Here is a quick rundown on some of the best and worst performing stocks of 2019 in various categories.

The last one year has been a tumultuous time for the stock markets. There have been companies that managed to gain strongly and some stocks that bounced back with a vengeance from lower levels. At the same time, there were also scores of companies that virtually imploded during the year. Even as we celebrate the performance of Bajaj Finance, ICICI Bank and Reliance Industries during the year, there were scores of companies like Talwalkars, Jet Airways, Dewan Housing and McLeod Russell that virtually imploded. Here is a quick rundown on some of the best and worst performing stocks in various categories. (All returns are considered between 01-Jan-2019 and 27-Dec-2019).

This is the blue chip list of the Nifty 50 but this index also showed diverse performance in terms of gainers and losers. The Bajaj twins bounced from lower levels after the NBFC crisis to virtually emerge unscathed and stronger. ICICI Bank emerged from a Jet lag even as RIL scaled Rs10 trillion in market capitalization. Bharti was the other big gainer; largely post the AGR certainty in the last quarter. There were also disappointments on the Nifty. Yes Bank fell on asset quality concerns, while M&M fell in tandem with the auto slowdown. Zee was another stock that got caught up with some bad infrastructure investments.

With the Nifty 50 being too macro driven, the NSE Mid Cap 50 gives a better picture of the micro stories. Mannapuram gained over 90% riding the gold story while Info Edge and SRF were among the other big gainers of the year on industry leadership. The loser list had some predictable names like Glenmark, RBL Bank and BHEL. Glenmark bore the brunt of the FDA related concerns, while RBL Bank had to answer some serious questions on asset quality after the Café Coffee Day exposure.

In the NSE Small Cap universe we did leave out some stocks that were already featured in earlier lists to avoid dual counting. A word of caution here! Some of the stocks may appear to be low priced, but that cannot be interpreted as a signal of under pricing. Stake sale and re-rating of AMCs made Reliance Nippon Asset Management the top gainer for the year. Aavas Financiers (an MFI) gained sharply post the IPO as did MNC names like Abbot India and Whirlpool. The universe losers had some household names like Graphite and HEG that took a beating on the slowdown in the steel industry. PSU banks were also among the major losers on asset quality concerns.

We chose consumption as a theme only because it has been an enduring theme and has driven the markets in the last few years. The stronger names were the clear gainers with Nestle, Asian Paints, Titan and D-Mart doing extremely well despite rich valuations. ITC continued to lag the market due to its overt dependence on the cigarettes business. The irony was the divergence between the performance of Hero Moto and Bajaj Auto, wherein Bajaj was the clear winner with its exports focus.

Year 2019 has been a mixed year with smart gainers and imploding stocks populating each individual list. The only word of caution is that these are just listings based on financial performance in the last year. You need to take your investment view with the usual dose of insights and caution.