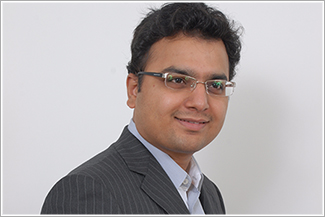 Best Return is Made When Shares Are Bought During Market Mayhem

How the events emanating from China is going to impact our economy as well as market?
Indian economy relies on domestic demand for its growth and therefore, a slowdown in China will not have a material impact like it would for nations like Australia. Having said that, the world economy is increasing getting integrated and a China slowdown will impact many countries, in a big way or small.

China has built huge in-house capacities over the years, accounting for 40-50% of the world’s supply, now operating at low utilisation rates. These products, whether in steel, tyres, tiles, etc, may get dumped in markets like India. Furthermore, China is trying to develop new industries, which may compete with India in future – for instance it is already a large source of bulk drugs and it may attempt to compete higher-up the value chain. Effective response from government and industry will be needed to counter this threat.

In a desperate attempt to revive its economy and prevent a hard landing, China may devalue its currency further. Historically, China has never stopped with just 1 or 2 rounds of currency devaluation. Any further depreciation may trigger a currency war among emerging nations to maintain their export market share.

Positive impact
Having been the biggest consumer of commodities, a China slowdown will mean that commodity prices will remain depressed for long. Barring specific sectors, this is great news for a net importing nation like India.

India is growing faster than China and in the medium to long term, it will improve India’s relative attractiveness among FPIs. Indian equities will get far higher portfolio allocation than in the past due to this high growth and also due to major loss of faith in transparency and fairness of Chinese financial markets.

In last ten months FIIs have remained net seller of Indian equity on cumulative basis, how do you see the inflows from FIIs going forward?
With global growth estimates downgraded and expectation of multiple rate hikes by the US Fed, the outlook for FII flows in the near to medium term is not bright. It is difficult to gauge when this outflow trend will reverse. However, India has many things going in its favour and is the only bright spot among emerging markets and FIIs will return with a disproportionately higher share soon. If I remember correctly, in the ~25 years that FIIs have been investing in India, they have been net sellers in a year, only on 3-4 occasions. So, I am not overly worried about the current outflows.

How will you rate government reform process in last one and half year? Do you think the government could have done more in this front?
There is so much to be done in a developing country like India that nothing ever seems enough. Coupled with a historic mandate for the Government and high expectations from it, many felt that more could have been achieved in 1.5 years. I personally believe that many measures taken by the government have been superb. From its inflation moderating policies and rightly sticking with Mr. Raghuram Rajan (a Governor appointed by previous government), to its continued focus on fiscal consolidation, fuel deregulation and direct subsidy approach through JAM, to opening up of FDI in many sectors and partly reviving capex in roads and T&D. We aren’t anything close to top gear but I am hopeful we will be in the third and fourth year of this government.

Do you think GST will be a game changer, if yes, which are the sectors that will be a primary beneficiary once this is enacted?
I’ve heard some in political circles say that while GST is receiving a lot of hype but India has been just fine for 60+ years without GST. I don’t think this is a valid argument. GST will make a big difference to the economy and has the potential to add one percentage point to our GDP basis on a sustained basis.

As far as the positive impact of GST is concerned, the benefits are far reaching and not restricted to two or three sectors. The organised sector will benefit since the unorganised sector has escaped the tax net all these years. GST will help smoother movement of goods and services across the country. It should lower prices for buyers thereby helping consumption somewhat. Sectors where the incidence of taxes is higher than the announced rate of GST will also gain. And in case of sectors like ecommerce, it clarifies rules thus eliminating ambiguity. Manufacturing, capital goods, logistics and warehousing, retailing, autos and ancillaries, ceramics are some of the many who will benefit.

The initial earnings number of third quarter does not look encouraging, when do you see a meaningful corporate earnings revival and which will be the sectors that will lead the earnings recovery?
Analysts have been projecting big earnings growth at the start of the year and then move to downgrade towards the end of the year. We’ve seen profit degrowth in Q1 and Q2 of FY16. Q3 is likely to be no different. Out of the 340+ companies covered in our preview, the net profit (ex energy & financials) is likely to fall by 2.3% yoy. It is difficult to spot the recovery but corporate earnings are depressed and when they do pick up, we will see a 20%+ cagr in the subsequent 3-4 years. This will be the best time for our stock market.

What are the sector themes you are going to play out in 2016?
A stock specific approach would be best suited. I would invariably end up lapping up many consumer plays like paints, tiles, durables, sanitary-ware, quick service restaurants and so on.

What is your current take on Indian equity market valuations?
While there is a lot of uncertainty around, the great news is that valuations are supportive at the current level. The Nifty is trading at ~13x FY18 earnings and the risk-reward is turning favourable.

What will be your advice to retail investors at current juncture?
In a falling market, everyone talks about a few hundred points lower from the current level of the Nifty and Sensex. Investors should ignore such noises and look to buy quality stocks and increase allocation to equities. The best return is made when shares are bought during market mayhem when others are fearful.