x
Home » Top News » BREXIT deal is done, but what does that really mean? 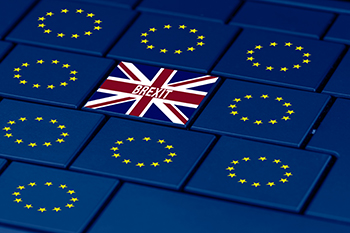 BREXIT deal is done, but what does that really mean?

Here is what the deal means to the UK, EU, to the world market in general and to Indian economy in particular.

The BREXIT deal took a full four years after the people of UK first voted to exit the EU in late 2016. Since then, the UK saw 2 elections and 3 prime ministers. However, just 7 days ahead of the final deadline, the BREXIT trade deal was struck between the UK and EU. For Boris Johnson, it was almost like the finest hour of his prime ministership. UK managed the BREXIT keeping most of its trade privileges intact; at the same time liberating British economic and political policy from the influence of the EU institutions.

The BREXIT deal will ensure a smooth transition on 31 December and avoid any ripples in the financial markets. As Boris Johnson summed it up, “We have taken back control of our money, borders, laws, trade and our fishing waters.”

The UK BREXIT deal envisages the first free trade agreement of the EU with an ex-member based on zero tariffs and zero quotas. In short, UK retains most of the privileges it enjoyed in trade with the EU nations. This deal was crucial as the trade value is nearly £700 billion.

BREXIT was about reducing the influence of countries like Germany in UK policy. From 01 January 2021, UK will no longer be bound by EU rules or the European Court of Justice. For UK it was about returning sovereignty and independence to economic institutions.”

Finally, UK will also introduce points-based immigration system from next year post which free movement of people from the EU and UK will come to an end.

What does the BREXIT deal mean for business and markets?

In fact, the trade deal was more of a relief than anything majorly positive for the markets. It puts an end to 4 years of uncertainty and business and markets hate uncertainty. Most financial markets were bracing themselves for a major market tumult if there was a forceful exit of UK from the EU; but that is not the case any longer.

Here is what the deal means to the UK, EU, to the world market in general and to Indian economy in particular.

But, there are risks to the deal

Experts on policy affairs believe that the trade deal may have avoided the short term rumbles but long term challenges remain. Firstly, the trade deal can be revisited by the EU and UK if there is any trade dispute between the two. Secondly, larger EU economies like Germany, France and Italy are apprehensive that if UK is successful in weaning away concessions, there may be more calls to secede from the EU.
Thirdly, fishing is an $800 billion business in that region and the boundaries still remain a big debatable issue. Lastly, Scotland had always preferred to remain in the EU and despite the trade deal, talks of secession from Britain may start all over again.

Despite all the risks, the good news is that short term disruption in global markets has been averted by this deal. That is surely a reason to celebrate this Christmas.