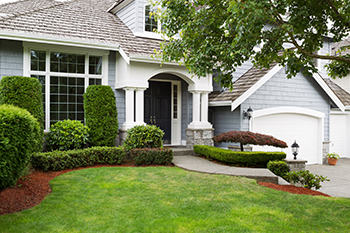 Urban living today has undergone a massive transformation from what it was just ten years ago. Technology has added tremendous improvements to how we work and even the kinds of work we do. In direct correlation, the Indian IT/ITeS boom – which shows no signs of slowing down – has opened up a whole new dimension of high-earning jobs in the country. But has life itself become easier?

In most of our larger cities, infrastructure is now highly stressed – in some cases, it is at the breaking point. There are better cars available now than a decade ago, but getting to and from work has never been more difficult than it is today. The same is true for schools, colleges and hospitals. With more and more people having to move to the far suburbs of cities if they want to own instead of rent a home, distances to everything that matters have increased tremendously.

The homes that a working professional couple can afford are, more often than not, bereft of any conveniences other than four walls and the barest basics. As developers scavenge every square inch into affordable living spaces, various features that were considered de rigueur just a decade ago, are becoming extinct. For instance, balconies – essential for ventilation and reducing the claustrophobic effect that apartment living can induce – are increasingly becoming a luxury that only the well-to-do can afford.

Domestic help is expensive and hard to find, project and unit-level maintenance expenses have risen astronomically. Reserved parking – again an absolute must-have in today’s scenario – is being mercenarily exploited and has been reduced to a hyper-expensive gray market feature in most urban housing projects.

It is evident that lifestyle has taken a backseat when it comes to owning a home in the city today. Home ownership has been reduced to a game of numbers, with the lowest figures winning out even if they mean significantly lower levels of comfort and convenience. Though the Indian economy is healthier than ever before, most Indians have made terminal compromises on their lifestyles. Given that any lifestyle has a home as a basis, most of these compromises are made at the home ownership level itself.

This is not what owning a home was supposed to be all about.

Of course, real estate developers have not been idle when it comes to raising the lifestyle quotient for their customers. The basis of the ‘smart homes’ and ‘managed homes’ movement is about giving some of the comforts that have been lost in the mercenary scramble to build and sell. However, such homes have been firmly relegated to the ‘luxury homes’ category, automatically bypassing all but the upper crust.

Can young working couples and career professionals avail of these benefits without breaking the bank? So far, this was more or less out of the question.

Intelligent Spaces – Brain In, Drain Out

The express need to bring convenience and enjoyment of life back into the lives of these people is now finally yielding entirely new concepts in housing. One of these concepts is homes focused squarely on all factors that promote convenience in today’s urban environment – fully-furnished ‘plug-and-play’ units, workplace-oriented locations, centrally managed facilities, in-house catering and entertainment and even concierge services are being delivered at the fraction of the cost of luxury-grade managed homes.

This seemingly impossible feat is being achieved by specialist companies that tie up with leading developers to create such homes from the ground up. The model primarily involves building specialized housing projects in superlatively connected locations, which are usually quite expensive. However, by cutting the ‘flab’ of superfluous spaces and centralizing all convenience services, the planning agency and developer are able to achieve a uniquely formulated economy of scale. Land is the biggest cost involved in building and owning property, and reducing the usually wasted space of living units results in a significantly reduced acquisition cost.

Simultaneously, the available spaces within the housing units are optimized for 100% functionality and convenience. There are zero set-up costs, as these homes are fully furnished and equipped with all required electrical and electronic fittings. This format turns around the traditional notion of luxury being vested in large spaces, and puts the onus on what the home actually does.

With housekeeping, maintenance and day-to-day needs taken off their hands and all key places such as office hubs, schools, colleges, hospitals and shopping close by thanks to the central locations, residents have all the time and bandwidth they need to pursue an active, enjoyable and vibrant lifestyle. Clubbing, regular workouts, weekend escapes and long, worry-free holidays are suddenly a reality again.

Such homes are now beginning to crop up in some of the leading cities of India. Leading developers have recognized the unique value proposition of tying up with a specialist agency and creating homes which offer their customers an entirely new lifestyle concept, fully aligned with the requirements of modern-day professionals.

And yes, balconies are back too, because they should never have been dispensed with in the first place.

Yogesh Mehra is the Co-founder & CEO of YOLO Life.