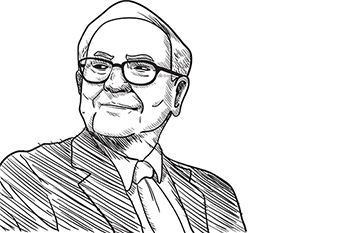 Buffett stays in cash, but Berkshire remains a steadfast story

Here are quick takeaways from the Buffett Annual Letter to shareholders for 2020.

Proof of the pudding lies in the eating

Even before we get into what happened in 2020 to the Berkshire portfolio, there is a much broader perspective we must begin with. Berkshire started investing in 1965 and there is comparative data available for the last 55 years. Between 1965 and 2020, the S&P 500 index appreciated 23,454% while the value of Berkshire Hathaway appreciated by a whopping 28,10,526%. Let us simplify this into compounded returns. In the last 55 years, the S&P 500 yielded 10.2% CAGR including dividends; while Berkshire Hathaway yielded 20% CAGR. Surely, a fund that has given twice the returns over the benchmark index consistently over 55 years is doing a lot of things awfully correct.

Buyback is still the preferred mode for Berkshire

Buffett admits they did not make any significant purchases in 2020 as they were uncomfortable with valuations. Buffett and Munger have been averse to the idea of paying out dividends and instead preferred to retain earnings in the business. In the last 55 years, Berkshire never paid a single rupee dividend. However, Buffett has been enthusiastic about rewarding shareholders via buybacks. In 2020 alone, Berkshire Hathaway spent $24.7 billion buying back the equivalent of 80,998 Class-A shares of Berkshire Hathaway. To quote Buffett, “Shareholders increased their ownership of Berkshire businesses by 5.2% without paying a penny”.

It is no secret that the first time Buffett shed his traditional aversion to technology stocks was when he bought a big chunk of Apple. But there is an interesting story about Apple and it is instructive about how cash rich companies in matured businesses can use their cash. For example, in mid-2018, Berkshire owned 5.2% of Apple. In 2020, Berkshire made a cool $11 billion selling a small stake in Apple. However, as of 2021, the slew of buybacks by Apple ensured that Berkshire still owns 5.4% in Apple. According to Buffett, when cash-rich companies buy back shares, they enhance investor wealth in a big way. In the case of Berkshire Hathaway, the $11 billion profit came absolutely free of cost. Berkshire spent $31 billion for the Apple stake, which currently has a market value of $125 billion. Out of the $173 billion MTM profit that Berkshire currently sits on, more than 54% of this MTM gain comes from Apple alone. Let us turn to the Berkshire core portfolio.

What about the legendary Buffett portfolio? As a percentage of ownership, Berkshire has the highest exposure to American Express at 18.8% followed by Moody’s Corporation 13.2%, Bank of America at 11.9%, US Bancorp 9.8% and Coca Cola at 9.3%. In value terms, Apple remains the biggest player in the Berkshire portfolio with a market value of $120 billion out of a total portfolio value of $281 billion, accounting for 43% of portfolio value. It is interesting to imagine what would have happened to the Berkshire Hathaway performance if Apple had not been included in the portfolio but that is more hypothetical.

In the last few years, Berkshire had its share of big losses too. It made a poor bet on IBM and lost billions of dollars in the previous year betting on airline stocks. In 2020, Berkshire took a $11 billion write-off on its bet on Precision Castparts which supplies equipment to the aerospace sector. So, the bad bets have continued even as the likes of Apple saved a lot of blushes for Berkshire.

After Buffett and Munger, who?

In 2020, when Berkshire Hathaway addressed the AGM with Vice Chair Greg Abel, most observers interpreted it as a change of guard at Berkshire. However, Buffett and Munger have refrained from discussing the succession issue. Neither of them is getting younger. Warren Buffett is 90 and Charlie Munger is 97. Had it not been Berkshire Hathaway, analysts would have been quick to downgrade the stock for the absence of succession planning.

One cannot blame Buffett and Munger for holding on as long as they can. Businesses take decades to build and just a few rash decisions to implode. Professional managers can never think like entrepreneurs and that is what Buffett is obviously worried about.

Finally, the theme of the annual letter continues to be “Never bet against America”. Buffett prides himself in betting on America through the best of times and the worst of times. One only wonders why that does not translate into an American investment idea!