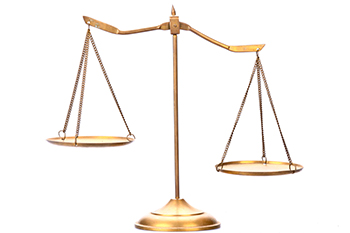 Markets have an uncanny habit of placing the cart ahead of the horse. The remedy to prolonged lower prices is lower prices itself. It is akin to homeopathy, wherein poison kills poison. Any structural problem needs a constitutional remedy. Swift recovery in prices without any shift in underlying fundamentals derails the much needed process of calibration in supply/demand equilibrium.

Commodity prices sometimes tend to divorce from the fundamentals and the recent rally witnessed during March and April epitomises the widening disconnect between surging prices and uninspiring fundamentals. Markets have an uncanny habit of placing the cart ahead of the horse. The remedy to prolonged lower prices is lower prices itself. It is akin to homeopathy, wherein poison kills poison. Any structural problem needs a constitutional remedy. Swift recovery in prices without any shift in underlying fundamentals derails the much needed process of calibration in supply/demand equilibrium.

Oil
Concerns over oversupplied conditions amid slowing demand led to rout in the entire commodity basket at the onset of this year. If truth needs to be told, the current scenario does not indicate any significant change in the supply/demand dynamics. For instance, the prevalent strength in oil prices defies our understanding. The reality remains that oil markets were oversupplied and will remain in a surplus for quite some time to come. Global oil markets were in a surplus of 2.2mbpd during 2015 and 2.7mbpd during the first 3 months of 2016. In the first three months of 2016, OPEC has produced oil well above the cartel’s production quota of 31.5mbpd. The excess in supply can be attributed to absence of palpable curtailment from OPEC amid subdued demand outlook. Moreover, expansion in Iranian supply is completely counterbalancing the moderation in US output. For a sustainable and a substantial recovery in oil prices, markets need concrete supply side response, which is absent. A freeze on the OPEC output does not translate in to anything, as it fails to mitigate the prevalent global surplus.

Metals
Although various Chinese smelters have announced curtailment plans in the ferrous and non-ferrous segment, big miners in Latin America are focusing on trimming costs rather than cutting output. In fact, the recent price recovery can pose as double-edged sword which may persuade some producers to restart idled capacity and at the same time dissuade other producers from implementing much-needed production cuts. This is not needed at the current juncture, given the prevalent supply glut amid subdued demand conditions. In fact, Chinese steel production during March has already witnessed a sharp rise. Similarly, Chinese aluminum production and exports of aluminium production has rebounded from the lows. Higher metal prices can slowdown the pace of declines in inventory levels and pour water on the projected deficits for some metals.

Gold
For the precious pack, multitude of factors, including relatively dovish Fed policy stance, surprising status quo by BOJ on their monetary policy and weak US macroeconomic numbers translated in to sharp weakness in US dollar and in the process aided the ascent in gold and silver prices. On broader outlook, the trajectory for gold prices is definitely inclined towards higher side, given the safe haven appeal of an alternative currency amid bleak global economic landscape.

It seems that the commodity rally which we have seen in April and May is largely a currency induced one and there has been no improvement in the underlying fundamentals. In fact, prices of some commodities have moved higher inspite of the fact that their fundamentals have witnessed further deterioration. This can be explained by the fact that funds bought across the board, capitalising on weak US dollar and in the process overlapping the fundamental aspects. Funds flows in the global commodity markets during the first quarter of this year are reported to be the highest in last six years.

Currencies
The food for thought remains that how low US dollar can fall and how long the commodity rally survives without any meaningful change in supply/demand variables. One also needs to understand that the weakness in US dollar is primarily triggered by the surge in Japanese Yen. In this respect, a stronger Yen is unfathomable to us, considering the gloomy economic landscape in Japan. We suspect that the interest rate differentials between Japan and US is facilitating the carry trade and leading to intense volatility depending on the expectations of the interest rate trajectory in both US and Japan. We are of the opinion that Japanese cannot afford an appreciating Yen and its direct impact on the country’s exports and economy. Further strength in Yen will compel BOJ to unleash monetary stimulus measures, including further dip in the already negative interest rates. If one goes by Economics 101, an economy with negative rates and almost on the verge of deflation does not qualify for a strong home currency. Basic understanding states that weakness in US dollar cannot sustain considering that interest rate differential between US and economies on the other side of the Atlantic is going to remain intact if not widen. BOJ and ECB will persist with negative interest rate policy, while Fed is projecting rate hikes (if not two then at least once) this year. This will eventually lead to flight of capital in to a safe and higher yielding currency like the greenback.

The author is Head of Alternate Research at IIFL

As fears of a recession grow, imports from China are only slowly recovering