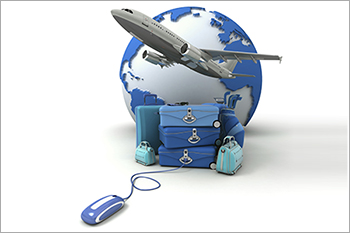 One of the industries which came to a grinding halt as a result of the lockdown is the travel industry.

The lockdown imposed across the world in response to the threat of coronavirus has shaken the most stable and flourishing economies worldwide. Numerous industries have experienced a loss of business and are having to make difficult decisions in coping
with the unprecedented situation.

One of the industries which came to a grinding halt as a result of the lockdown is the travel industry. India, being home to various popular travel destinations, has undoubtedly experienced a setback with domestic and international tourism coming to
a grinding halt.

Travel industry contributes 9‐10% to India’s GDP and employs 56 million people, which is approximately 13% of India’s active workforce. This sector is usually operating steadily and blooms with international tourists visiting India each year. However, more than 90% of the countries are affected at the moment and several restrictive procedures are limiting international travel, particularly tourism.

To make matters worse, even domestic travel was shut entirely for two months and is still not operational in its full capacity. The tourism industry is still grappling with much uncertainty. Besides the time that it would take the Indian government to lift the travel ban in different parts of the country, the apprehensions of prospective travellers will also add to the delay in the tourism industry picking up.

All the modes of travel from cruise ships and flights to trains and hotels are also running little to no operations. Thus, there is a massive strain on the financials of the companies in this sector. A repercussion of this situation is that a large number of employees are being laid off.

Boeing had to let go of 12,000 employees, while Airbnb and Uber laid off 25% of their workforce. Ola has given the pink slip to 1,400 employees and aviation companies like Spicejet, Go Air, and Indigo are making changes such as salary cuts and unpaid leaves. Virgin Airlines is selling their Australia business. The cascading effect of this lockdown is equally harsh on the drivers of cabs and taxis, holiday planning businesses, hotel chains like Oyo, Lemon Tree, and Fab Hotels and other smaller unorganized businesses in the travel industry.

The hotel industry is facing losses to the tune of Rs1.10 trillion of revenue as hotels are out of business for the past couple of months and people would remain averse to booking a hotel room in short to medium term, going forward. A recent report by the job portal naukri.com states that the hotel, travel, and airline sectors have seen a negative hiring trend of 91%, the highest across industries in April. A recent report by KPMG predicts 38 million job losses in travel and hospitality business put together. This figure is 70% of the total workforce in the industry, making it the biggest crisis the industry has ever faced. The industry body CII has estimated a loss of Rs. 5 trillion and up to five crore jobs being affected.

The revival of the sector from such a harsh reality is predicted to be slow and painstaking. It would be long before people are able to overcome the fear of contracting the virus and travel as freely as they did before. The development and availability of the vaccine can also greatly influence people’s attitude towards travel and have a positive impact on the industry.

While the situation in other industries is equally alarming, they are less vulnerable as they may not be as dependent on physical movement from one place to another and, therefore, not subject to as many restrictions as the tourism industry is facing. Thus, the latter would continue to see dark clouds hovering above them for a couple of quarters more at least. The ray of hope is the Christmas and New Year season, which might be an inflexion point for this industry.