x
Home » Top News » DHFL: Delays to downgrades and everything in between

DHFL: Delays to downgrades and everything in between

Over the past few months, DHFL has faced multiple downgrades by credit rating agencies, not only on its short and long term borrowings but also, on certain securitized instruments with underlying loans originated and being serviced by DHFL. 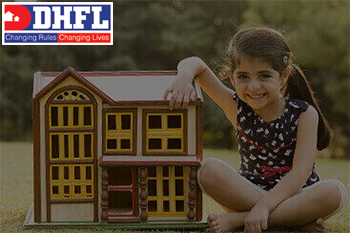 Amidst rumors of a delay in its debt payments, Crisil and ICRA downgraded the credit rating of Dewan Housing Finance Ltd (DHFL). On Wednesday, two of India's biggest rating agencies downgraded the rating on DHFL’s commercial paper (CP) worth Rs850cr to “Default” after the liquidity starved home financer missed an interest rate payment deadline. The rating of the company, which defaulted on a debt repayment earlier this week, has been removed from the watch with negative implications by both the rating agencies. This latest action further exacerbates the fragility in the finances of India’s third largest mortgage lender.

On Wednesday, Crisil downgraded the CP of DHFL to ‘D’ from ‘A4+’, while ICRA cut its rating on the company’s paper to ‘D’ from ‘A4’. DHFL has Rs850cr of outstanding CPs, of which Rs750cr is due in June, Crisil said in its note. The first CP matures on June 07, 2019 and with liquidity inadequate as on date to service debt and visibility very low on timely fundraising, Crisil said it expected the CP to be in default on maturity.

Though the delay does not mean an immediate default, because the company gets a cure period of 7 working days to meet its obligations if it misses payments on the due date, it does sound some alarm bells given the precarious condition of the NBFC industry post IL&FS crisis. Over the past few months, DHFL has faced multiple downgrades by credit rating agencies, not only on its short and long term borrowings but also, on certain securitized instruments with underlying loans originated and being serviced by DHFL.

This missed payment by DHFL if not cured within the 7-day grace period, has the potential to severely impact the mutual fund industry. The mutual fund industry has a cumulative exposure of Rs5,336cr to securities issued by DHFL, which is spread across 164 schemes of 22 mutual funds. This situation is even more perilous if one takes into account that nearly 24 mutual funds have more than 10% exposure to DHFL, of which 3 have over 30% exposure to the company. This implies substantial NAV cuts in debt funds, which as an industry is already facing a slowdown in inflows.

This latest rating downgrade glaringly brings back into focus the embroiling saga of DHFL which has been grappling with a wide range of issues from liquidity crunch, speculations about its creditworthiness to dwindling prices of its shares.

The story so far

It all started with a bond sale, which wiped off slightly over Rs8,150cr from DHFL’s market cap in a single day. DSP Mutual fund sold “AAA” rated DHFL debt papers worth Rs300cr at a high yield of 11%, which is generally asked of a paper with a higher risk and lower credit quality. This incited a massive panic selling in shares of DHFL, which plunged as much as 60% on that day. This was just the beginning of the Mumbai based home financer’s deepening woes, which came too close on the heals of the IL&FS crisis.

Exhibit 2- A sequence of events:

Further, the government and SEBI began an investigation on DHFL and the company on its part appointed chartered accountant firm TP Ostwal & Associates as an independent expert to carry out an in-depth review and independently verify data relating to allegations made by an online portal. On March 06, 2019, DHFL informed the stock exchanges that the independent chartered account firm has given a clean chit to the company after having scored through its financial accounts.

This was followed by multiple downgrades by various ratings agencies, beginning with CARE Ratings. CARE Ratings revised the long-term ratings of DHFL in the first week of March. Meanwhile, Crisil and Brickwork Ratings also downgraded ratings on various instruments in the following months.

In May, CARE downgraded the fixed deposit programme of DHFL worth Rs20,000cr from CARE A to CARE BBB- (Credit Watch with negative implications). This, according to CARE Ratings, means ‘moderate’ credit risk. According to the existing regulations, an NBFC can’t accept public deposits with such low ratings. This compelled DHFL to stop taking fresh deposits. It also halted pre-mature withdrawals of existing deposits and renewals of existing deposits.

DHFL is not IL&FS 2.0, not yet at all. It has been making efforts to resolve its cash crunch by engaging with institutional investors to pump in funds into the company, and a stake sale in education focused NBFC Avanse Financial Services for which it has received RBI’s nod, among other things.

However, the implications of the burgeoning crisis in DHFL is far more likely to be felt in the NBFC industry as a whole rather than on the company itself. Post IL&FS crisis, banks and mutual funds have become cautious. They have been differentiating between NBFCs with good promoter backing, retail-oriented business models and better ALM (Asset and Liability management) and NBFCs without these advantages.

Though this may not create a systematic freeze in the NBFC sector similar to the one witnessed post the IL&FS crisis, it could lead to some tightness in bond markets and lower inflows into mutual funds, especially debt funds. Which could cascade into higher borrowing costs, with entities having strong parentage accessing a disproportionate share of the bonds. Eventually, the RBI will need to intervene to bolster liquidity in the system, through direct or indirect means.