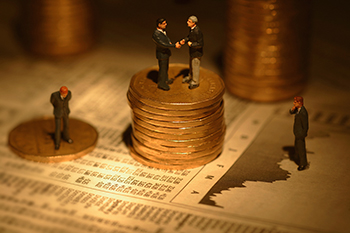 Non resident Indians (NRIs) have a variety of choices to open and operate a bank account out of India. The two most popular banking facilities offered to the NRIs are the Non Resident External (NRE) account and the Non Resident Ordinary (NRO) account. While the NRE account is a foreign currency account, the NRO account is a rupee account. Let us look at NRE FDs, NRE FD rates, NRO FDs and NRO FD rates and the pros and cons of each option.

Non Resident Ordinary (NRO) fixed deposits
Bank FDs have long attracted the interest and participation of the NRIs in India due to their attractive returns, relative safety and the ease of access. Here are some key features of the NRO FDs.

The rate of interest on NRO FDs will vary from bank to bank and they will be applicable to different customers at differential rates. It entails a minimum deposit of Rs.1 lakh. One thing needs to be remembered that NRO FDs are resident deposits and the interest amount is entirely taxable in the hands of the NRI at the peak rates of applicable to them (30% for eg). They also attract additional surcharge of 10% if the interest earned in a particular financial year is more than Rs.10 lakhs.

Non Resident External (NRE) Fixed Deposits
NRE FDs are typically foreign currency accounts and are freely repatriable. Unlike the FCNR deposits which is denominated in dollars / Pounds / Euro / Yen, the NRE account is still denominated in rupees only. But, the NRE deposits can only be made out of money earned out of India. Here are some of the key features of an NRE FD.

The rate of interest on NRE FDs does vary slightly but are more standardized compared to the range of NRO FDs. The big advantage is that being NRE deposits, the interest earned is entirely tax free in the hands of the depositor.

How to make a choice between NRO FDs and NRE FDs?
The choice would largely depend on the exact requirements of the NRI and whether they are looking to be earning rupee flows in India or just foreign flows. Also, it will depend on whether the NRI will prefer repatriable account or a non-repatriable account. Let us look to compare and contrast the NRE FDs versus NRO FDs through a comparative table.

The moral of the story is that both NRE FDs and NRO FDs have their own relative merits. The rates of interest offered on both the accounts are attractive compared to the rates on other savings accounts and that makes them attractive to the NRIs. Of course, the final deciding factor is the nature of flows of the NRI and whether such flows arise predominantly in India or abroad.