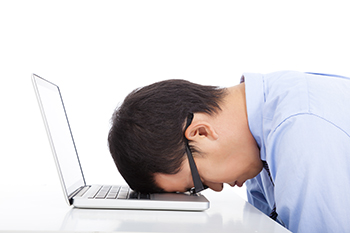 Fed up with the Fed

With the September US FOMC meeting just a week away, markets world over continue to factor in the repercussions of the September Federal Reserve meeting.

The looming threat of Fed’s rate hike has been lingering in the minds of market participants for quite a while now. With the September US FOMC meeting just a week away, markets world over continue to factor in the repercussions of the September Federal Reserve meeting. In this respect, we anticipate three probabilities which could pan out and in the process either effectuate a short covering rally in the global equities or lead to a knee-jerk bearish reaction. We lay down our assumptions:

Probability1: Federal Reserve initiates a 25 basis point hike in interest rates and concurrently keeps the language accommodative as far as the future interest rate trajectory is concerned. The central bank indicates that there will be a long pause before the subsequent interest rate move. The normalisation of the rate curve will be gradual and dependent of the developments on the macroeconomic side. In such an event, investors will be relieved of the fact that markets will stop bothering about Fed rhetoric for quite some time and shift focus towards some positives emerging from economies like India. As a result, the tone will remain buoyant for most of the emerging markets.

Probability2: Fed hikes interest rates and conveys that further hike is in the offing considering that US economy remain resilient.  Such hawkish stance can create havoc in the markets, as the prospect of swift moves on the rates can send shivers down the spine of the market participants. As a result, a bolstering greenback will weigh on various assets classes, including emerging markets, currencies, equities and commodities.

Probability3: Fed procrastinates the decision to hike interest rates. This can aggravate the bearish sentiment, as it will prolong the guessing game on whether Fed will hike the rates in December. The September meeting will fail to settle the dust and markets will be a victim of uncertainty. In addition, a delay in rate hike will convey a message that Fed is not convinced about the recovery in US economic growth and is more concerned about the turmoil in the global markets. This can shivers down the spine of the investors and keep the broader markets on the edge.

We sense that probability 1 is more likely considering the fact that strong Q2 GDP number has proved that US economy remains relatively resilient to the global turmoil. In this respect, US economy grew at 3.7% in the second quarter, much higher than the initial reading of 2.3%. The growth was primarily contributed by the spurt in consumer spending, which grew at a 3.1% rate during the second quarter, well ahead of the 1.8% reading in Q1. As far as monetary policy is concerned, Fed is traditionally focused on the US domestic picture rather than overseas implications. The fact that consumer spending contributes 70% of the world’s largest economy justifies our stance.

Probability 2 seems unlikely as Fed will like to assess the impact of the first rate hike on its economy. It will be very crucial for the central bank to gauge whether the economy and the markets learn to live with idea of rising interest rates. Although the macroeconomic numbers have proved that US economy has been able to withstand the repercussions of slowdown in China, Japan and Europe, it will be naïve to bank on the decoupling theory. Probability 3 seems to be suicidal, as history is of credence that kicking the can down the road does not serve the purpose.

The author is Senior Analyst at IIFL

Rupee expected to strengthen in line with decline in oil prices; gains might be limited by US rates