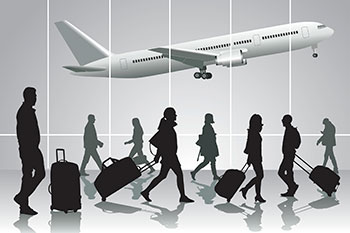 Apart from holidays, higher education and destination weddings, among others, are some of the top reasons that Indians go visiting foreign shores.

To get away from the hustle and bustle of their monotonous, everyday lives, many Indians are preferring to travel overseas to enjoy their holidays. This is because the desire to explore exotic destinations all over the world has now become a trend. Furthermore, reports suggest that these numbers will triple by the year 2025.

Travel opens our mind to a plethora of cultures, cuisines, and experiences. The primary reason behind Indians splurging abroad is the influence of films and other social media that show people flaunting pictures from exotic locales across Europe, New Zealand, and other dream destinations.

Apart from holidays, higher education and destination weddings, among others, are some of the top reasons that Indians go visiting foreign shores. Over the years, overseas Indian spending has increased more than 253x from $16mn in 2014 to over $4bn in 2018. Expenditure on foreign education, on the other hand, has grown 22x to $343mn.

Countries such Dubai, Thailand, France, Singapore, and Malaysia, followed by Sri Lanka, Hong Kong, Indonesia (primarily Bali), the US, and Switzerland are some of the major destinations that receive a significant chunk of Indian travelers.

Furthermore, this trend has been witnessing consistent growth due to the improved paychecks of people as well as increasing credit facilities. There has also been a steady increase in the number of women working in MNCs and adding to their family income. This income surplus has opened up a world of opportunities (pun intended) for Indian families.

Along with the availability of cheap flights and relatively easier visa processes, traveling abroad has become an affordable affair for all Indians. Moreover, apart from families making foreign trips, there has also been an increase in solo traveling or the hosting of events at exotic locations.

According to the United Nations World Tourism Organization, the estimated number of Indians heading overseas for both business and leisure travel will grow to 50mn by 2020. As such, many countries are also relaxing their rules to tap the booming Indian travelers.

Not surprisingly, these statistics also include a constant stream of increasing women travelers. Indian women are becoming more independent when it comes to travel. They say that travel is not just a visa stamp in a passport anymore but is rather a reminder of the life-changing experiences encountered in their course of life.

Given the above reasons, it is apparent that Indians are exploring the world in their own unique way and are helping fuel the travel boom across the globe.