Why is the price of petrol and diesel going up sharply? 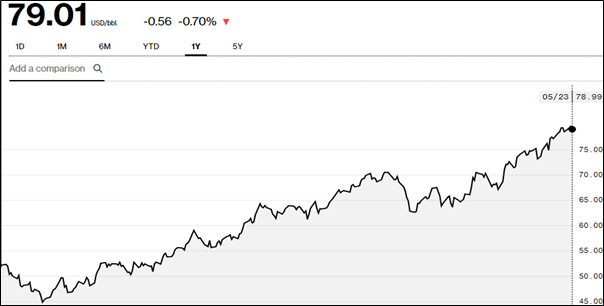 How it impacts the economy and the household budget?

Higher oil prices not only impact the overall Indian economy but also the household budgets. Here are four major implications of higher petrol and diesel prices in India.


As the chart shows, the INR has weakened from 63.50/$ in Jan-18 to 68.33/$ in May-18. This has been largely driven by higher trade deficit and current account deficit. When the rupee weakens, imports become more expensive and this impacts the cost of production of import-intensive industries. There is another challenge for companies that have Foreign Currency Borrowings in their books. Since the repayment is in dollars, the actual payable is much higher in rupee terms when the rupee weakens versus the US dollar.

When oil prices go up, the impact on the price of petrol and diesel are just the most visible and immediate repercussions. There are larger implications for macros like inflation, interest rates, trade deficit, exchange rate of the rupee and the forex reserves. It is this strong downstream impact of oil that makes it a big challenge for the economy and also for the individual household budgets.