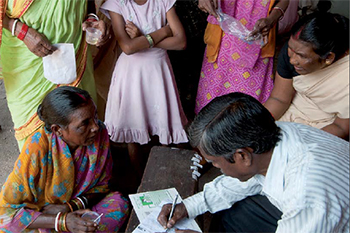 Union Budget 2018 launched India’s first universal healthcare scheme, Pradhan Mantri Jan Arogya Yojana (PMJAY), also known as the Ayushman Bharat scheme. The plan is ambitious to begin with. With a Rs5 lakh health cover for 10cr poor and deprived families, it encompasses coverage for a total of ~50cr individuals. This is nearly 40% of India’s population.

Over the years, India has dabbled with various public healthcare schemes, however, state-run healthcare still remains crippled. The recently launched PMJAY is likely to address these issues to an extent, which means that there will be forward and backward linkages including hospitals, testing centres, laboratories, and pharmacies.

As India takes a step in the direction of better public healthcare, we assess the differences in the healthcare situation in developed markets and in India.

How does the healthcare ecosystem in India differ from that in developed nations?

It is in the above context that PMJAY needs to work. An economy that is growing at 7.5% per annum needs a much more robust healthcare infrastructure to benefit its people. PMJAY is just one step in that direction. Putting this entire ecosystem in place will, no doubt, be a humungous task.