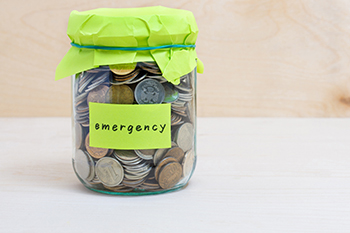 How can women create emergency funds and mitigate the risk of job loss?

Creating an emergency fund can give financial freedom for women and their families. Above all, it empowers them to deal with any eventuality!

When Nikita started working in a bank in late 2018 after an 8-year family break, she was thrilled. After all, she was getting back her financial independence after a long time. The next one year she decided to do a little bit of splurging on herself, her family members and their home. “Let me enjoy for a year and will start saving after that”, was her standard refrain. However, things changed rapidly in the next one year.

Around September 2019, her husband Girish, who was the general manager in an airline company, lost his job as part of their corporate restructuring. By December 2019, Girish had found another job but it paid just 60% of his old salary. Then in Feb 2020, Nikita’s bank decided to cut staff by 20% and preference was given to old-timers. Obviously, Nikita had to leave. COVID-19 and the slowdown had clearly taken a toll on the family.

Why it created dire situation for Nikita?

One can safely argue that the COVID pandemic was unexpected but that is hardly any solace. The fact is that Nikita is out of her job and Girish had to settle for a much lower package. Girish was using most of his salary to run the house and pay the EMIs for the home and the car. He had some long term mutual fund savings but they were meant to fund the higher education of their daughter. She was already 12 years old and they could not take chances with her career. Liquidating those mutual funds would mean they would never be able to save enough to allow her to pursue her dreams.

Limited options in front of Nikita and her family

COVID-19 had really put them in a spot. Girish was already earning 40% less and that would call for a lot of cuts in their spending. Now Nikita had also lost her job and he entire plan of starting to save after 1 year had come to nought. Where did she go wrong? Clearly COVID was not within the scope of anticipation but ideally Nikita should have spent a chunk of her first year salary creating an emergency fund. That could have seen them through the tough period. At least, they would have time to put their finances in order without too much disruption. The answer would have been to focus on building an Emergency Fund equivalent to 6-months of monthly spending.

Emergency fund is just a back up for bad times

How Nikita should have gone about creating the emergency fund

There are no hard and fast rules, but here is how to go about.
Emergency fund options for women like Nikita

The easiest way is to keep in a bank savings account. However, it may be hard to segregate and the returns are just too low. The other option is to park the emergency funds in Recurring Deposits. These are like FDs but you allocate an amount regularly. This is smart and entails regular allocation to your emergency corpus. However, tax efficiency is limited. Lastly, look at liquid funds. These are short term debt mutual funds invested in securities with tenure up to 91 days. Don’t take unnecessary risks on this money and go for an easily accessible liquid fund. It can be the best choice in more ways than one.

Creating an emergency fund can give financial freedom for women and their families. Above all, it empowers them to deal with any eventuality!