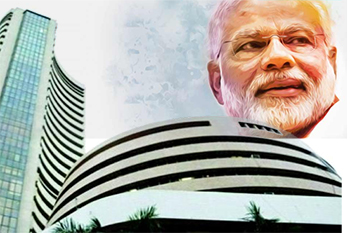 How did markets fare during Modi’s five years?

Some of the numbers pertaining to the financialization of savings during the 5 years of Modi government are staggering.

On May 26, 2014, Narendra Modi took over as the Prime Minister of India’s first majority government since 1984. His ascent was backed by a lot of optimism and euphoria as was already evident from the Nifty rally ahead of the elections. After a full five years it is time for a reality check.
Did the market really live up to the expectations built up around the BJP government? What does the data tell us?

We have looked at the point-to-point performance of some very key sectoral and thematic indices over the last five years and calculated the CAGR returns (annualized). We have considered from the date of the Modi government assuming office in 2014 to the date of their 2019 manifesto release.
Source: NSE Index Archives

A cursory look at the above table and some very quick points emerge.

Big story could be the financialization of savings
If you add up the net effect of lower interest rates, demonetization, GST and RERA, there has been a clear shift away from traditional assets like gold and realty and towards financial assets like equity and mutual funds.

Some of the numbers pertaining to the financialization of savings during the 5 years of Modi government are staggering. The number of mutual fund folios (accounts) as of March 2019 have gone up to 8.18 crore, of which nearly 6.87 crore belong to equity funds (representing retail appetite). There are more than 2.5 crore SIP accounts with over Rs8,000cr coming through SIPs each month. But the most revealing story of financialization is captured by the chart above. During the UPA2 era, the MF AUM grew by just about 6.09%, while during the five years of the Modi government the MF AUM grew 3-fold at a CAGR of 24.7%.

For a moment, let us forget about Nifty returns and sectoral returns. This massive effort to take equities to the doorsteps of retail investors is probably what stands out about the last five years. Probably, that is the ‘Acche Din’ that nobody really talks about!