x
Home » Top News » How did the Budget fare on the common man's expectations? 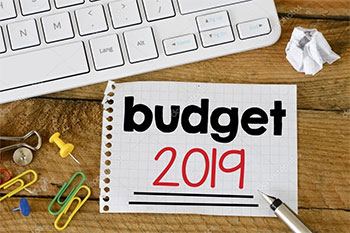 How did the Budget fare on the common man's expectations?

In a country with demographic advantages due to a young population, the budget has to be all about aspirations and hope. The budget surely has room for hope and the ecosystem for a bright future.

The ‘Aam Aadmi’ or the common man has typically been the centrepiece of most Union Budgets in the past. Most governments have learnt it the hard way in the last 25 years that ignoring the common man is not only bad economics but also bad politics.

So, how has Union Budget 2019 fared vis-à-vis the expectations of the common man?

Did the budget reduce living costs for the common man?
There are some worries on the prices of petrol and diesel because the budget has imposed an additional duty of Rs1 on petrol and excise. But, that is likely to only reduce the benefit, especially in a falling crude prices scenario. Generally, the cost of digital transactions will go down. With an increasing shift to digital, the costs of NEFT, RTGS, and UPI were all adding up. With the budget putting a bar on such charges, that should be good news for the people at large. The raising of surcharge on income levels above Rs2cr may only impact the super high income groups and will not impact a majority of taxpayers. For small traders and unorganized shopkeepers, there is an assured pension of Rs3000, which will be a boon to their long-term social security. Otherwise, they have had to bear these costs themselves.

Has the budget reduced the tax burden on people?
To be fair, the interim budget had already made income up to Rs5 lakhs exempt via a rebate under Section 87 of the Income Tax Act. Hence, the full budget has not made any changes in the tax slabs. However, for low-cost houses up to a value of Rs45 lakh ,the exemption under Section 24 has been enhanced from Rs2 lakhs to Rs3.50 lakhs. Of course, if you are planning to buy an Electric Vehicle at a future data (EV), you can be assured of an additional tax exemption of Rs1.50 lakh from your income for being environment friendly.

Does the budget offer better options to investors and taxpayers?
One of the key things that the common people normally ask for is greater choice and better options available. Here, the budget has taken a good step forward by making the PAN card and the Aadhar interchangeable. Now, filing of tax returns and your high value purchases can be done with the help of your Aadhar card even in the absence of a PAN card. Effectively, the Aadhar becomes the default identity document for Indians and that is the right road ahead since we do not require multiple documents in the process. The budget has also made pre-filled returns available so that people don’t go through the complex process of filing returns all over again. This reduces the time taken and also reduces the chances of errors in returns filing.

Does the budget really boost the aspirations of the common man?
In a country with demographic advantages due to a young population, the budget has to be all about aspirations and hope. The budget surely has room for hope and the ecosystem for a bright future. The big shift to digital is a major thrust for aspirations of the young people as is the TDS on cash withdrawals above Rs1cr. It reduces the extent of graft in the economy and makes things more transparent to the benefit of the common man. The extension of the tax benefit on home loan interest encourages people to buy homes in smaller towns that fit into this definition and is in tune with the concept of smart cities where large-scale urban migration can be stopped. Not to forget, the plan to incubate 75,000 entrepreneurs opens up a huge window for aspirational India in terms of jobs and business creation opportunities.

In short, the budget has a lot of takeaways for the common man. Some are for immediate gratification but a lot of these could manifest over time. It is time to be ambitious.