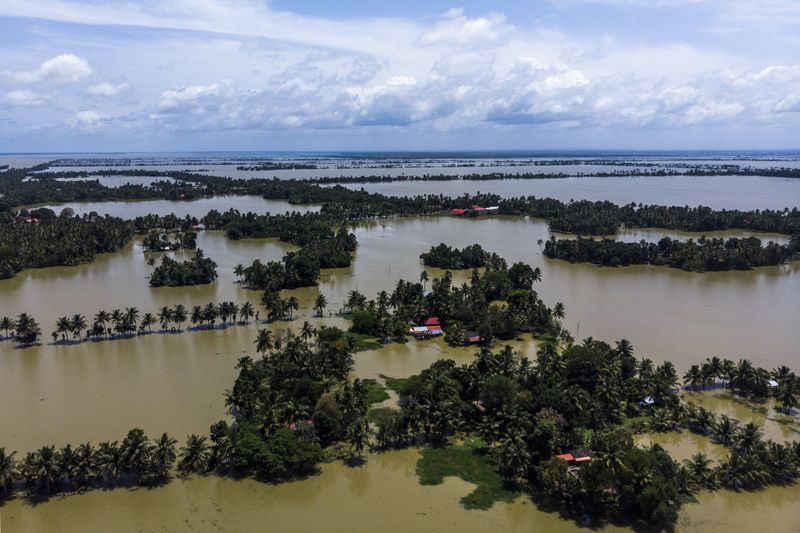 How do the Kerala floods impact jewelry demand and MFIs?

Jewelry shopping, especially around the wedding season, is a big event in Kerala. Needless to say, this is one sector that is going to see a deep impact on demand courtesy of the floods.

The waters may have receded and the state of Kerala may be gradually limping back to normalcy, but the impact of the floods on some Kerala-centric business is likely to be sharp, not to mention prolonged.

For starters, the price of rubber has risen after the post-floods supply shortfall from Kerala. The southern state is the largest producer of rubber and accounts for 90% of the all-India output. However, this is just one aspect of the impact of the Kerala floods on businesses and there are two other industries that are worth looking at more closely.

Residents of Kerala have had a long association with gold and families there typically look at the precious yellow metal as the investment of choice. Jewelry shopping, especially around the wedding season, is a big event in Kerala. Needless to say, this is one sector that is going to see a deep impact on demand courtesy of the floods.

The other segment worth discussing is Kerala’s micro-finance industry. The micro-finance institutions’ (MFI) segment has a strong presence in the state, which enables the unbanked segments to gain access to financing. These MFIs also play a crucial role as they are the last-mile credit delivery agents for major banks. This is why the MFIs are a crucial intermediary in the Kerala region.

To get the complete picture, let us look at how these two segments are going to be impacted.

Attending a typical "Malayali" wedding will give you a better idea of the central role gold plays at such events. In fact, the status of a family in Kerala is mostly judged by the amount it spends on gold ornaments. The average expense on gold at a typical wedding in Kerala is anywhere between 200 gram to 1 KG. If we assume the average price of gold at Rs3,100 per gram, we are looking at an average wedding spend of anywhere between Rs6-31 lakh. That is a real princely sum for a single wedding.

However, with the floods and the concomitant losses, the average spend at the upcoming wedding season in Kerala is expected to fall by nearly 50% this year. It is not clear if the impact will persist next year, but there is surely going to be a deep impact this year.

Kerala, interestingly, has the highest per capita consumption of gold at nearly Rs400. While jewelry in other forms is more in demand in metropolitan cities, in Kerala, it is all about the precious yellow metal. The wedding season in Kerala extends from August till about December and the economy is unlikely to recover by then. This is also because the biggest hit has been on income-generating sectors like tourism, rubber, and coffee plantations. In addition, more than 10 lakh persons are displaced and that is going to have a deep impact on demand for gold and jewelry this year.

Some of the big jewelers in Kerala like Joyalukkas, Kalyan Jewellers, and Malabar Gold are already estimating the impact to be greater than 50% during this wedding season. The total loss to property is estimated to be in the range of $3-4bn and that is going to directly reflect as compression in gold jewelry demand.

Apart from the demand factors, there are also supply factors. Nearly three-quarters of the jewelry units in Kerala have been impacted by the floods, which means adequate supply will not be available for the wedding season. That is certainly going to be a double whammy for the sector this year.

For a long time, Kerala has enjoyed the fruits of a highly literate and aware population. The people of the state are known to be conscious of their rights and have scored high on most social indicators. Not surprisingly, the state took to microfinance like a fish to water. In the latest CRISIL Inclusion Score, Kerala scored the highest at 90.9 as against an all-India inclusion average score of 58. That can be largely attributed to the way microfinance has spread out in Kerala and taken financial inclusion to the smallest of villages. However, that is exactly what has now become a big challenge to these lenders.

Challenges are nothing new for MFIs. They first came under heat when demonetization was announced in November 2016. Suddenly, liquidity vanished and small borrowers were in no position to repay their loans. Then, of course, there were the loan waivers and the farm stress in states like Uttar Pradesh, Karnataka, and Andhra Pradesh, which created a huge problem for these MFIs. This is now repeating all over again in Kerala post the calamity. An industry that has spread deep will face the brunt of delayed payments and possible defaults.

While the jewelry demand may eventually come back and MFI loans may be recovered, both the sectors should brace for a tough 2018 ahead.